Why Was Ishowspeed Arrested- What Exactly Did He Do? Here’s What We Know About It

On his live stream, the cops detained Ohio rapper and Youtuber Darren Watkins Jr., also known as Ishowspeed. Despite giving them the wrong address when he prank-called the police, he was amused to see them at his door.

He is well recognised for playing a variety of games while live streaming, including Among Us, Fortnite, and NBA 2K. He first launched his channel in 2016 and has since seen growth thanks to his continuous videos about adversity and humour.

Darren also responds to notable football players like Lionel Messi and Cristiano Ronaldo. Those were a few of his viral videos that briefly ruled the internet. 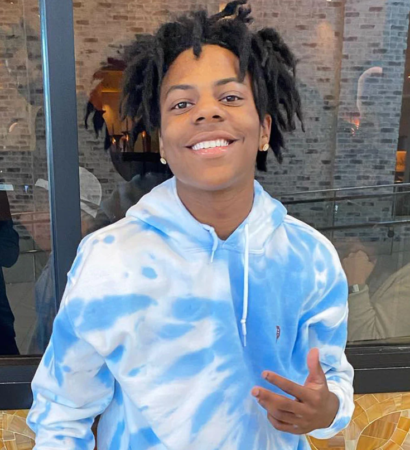 Ishowspeed Got Arrested By Ohio Police While On Live Stream

Ishowspeed, real name Darren Watkins Jr., was handcuffed live on camera by Cincinnati police. He was detained by the police in front of his audience. His friend tried to videotape him being taken away by police but was told to put the camera down.

Although he gave the false location in his troll call, he was amused to see the officials at his home. He broke his Play Station 4 on the live broadcast moments before the police showed up at his residence. He has more than 10.5 million subscribers on his YouTube account.

He made a troll call to the police asking if he could set his video game on fire, and that is when everything began.

But this might be the first time he’s been caught. His arrest was the subject of a rumour in the past as well. However, at the time, it was only a hoax.

The online sensation appears to be in police custody, though, and the issue appears to be real. He frequently played games on live broadcasts and left comments on various online videos. 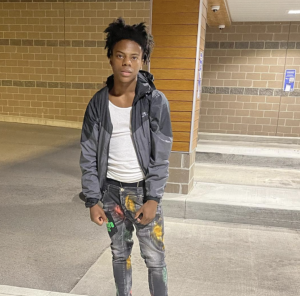 Ishowspeed placed a fake call claiming he was hurt and had trouble breathing. As a result, the police swatted him.

A few hours later, he received a swatting for the prank call because he did it on the live stream in front of his fans. It appears that the troll will get him in jail.

It all began when he threatened to destroy his PS-4. He attempted to light it inside his room, but the lid was made of hard plastic and did not ignite. He phoned the police and asked whether he might burn his video game as a result.

He could, as a 911 responder, but only in a secure place. The internet streamer attempted to set his PlayStation on fire once more, and as it started to burn, he started shouting and trolling the cops, claiming he was hurt and having trouble breathing. They were invited to arrive as soon as possible.

He then gave the official his address when she asked for it. Later, after terminating the call, he informed his viewers that the address they had been given was incorrect. However, he continued to live his life for more than an hour.

Since the rapper hasn’t provided any updates to date, it appears that Cincinnati police are indeed holding him.

Ishowspeed is the stage name of Darren Watkins Jr., an American rapper and YouTuber. He is thought to be worth between $500k and $1 million. He has more than ten million subscribers, streams several games, and engages in hours-long conversations with his audience.

With over a million views on each video, he might be earning a respectable living off his YouTube career. Additionally, he continues to advertise goods on his Instagram, which has more than 3.4 million followers.

Darren has always had a fascination for video games, and in 2018 while still in high school, he posted his first video on YouTube, which was an NBA 2K18 clip. He had a sluggish start in his early days as a YouTuber, but as of right moment, his channel has more than 8.81 million subscribers. Darren, who enjoys playing football as well, is currently a sophomore in high school. 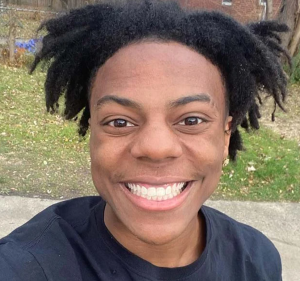 Watkins frequently discussed his opinions on attending school in his videos, believing that it wastes a lot of time. He even decided to drop out of school in order to devote all of his time to his now-successful YouTube channel for this reason. Other social media sites like Instagram, Snapchat, Twitter, TikTok, and others have made Darren well-known. On Instagram, he has 2.4 million followers, and on TikTok, he has 6.2 million. His videos on TikTok have received 25.4 million likes to date. Watkins is well-known for his live streams, and he has engaged in contentious joint ventures with numerous other well-known Twitch streamers, including Adin Ross. When Darren started his YouTube channel in 2016, he didn’t upload any videos and wasn’t thinking about making a living off of it. He uploaded the footage to NBA 2K18 in 2018, however it did not perform well at the time. He was disappointed by this. Darren was certain about his studies, though. He considered trade school while keeping his attention on football. Darren used to deliver food to elderly people while working for a nursing home before deciding to pursue live streaming as a career.

His friend inspired him to post videos on YouTube about the things he enjoys. Darren had the opportunity to begin his YouTube career during the pandemic. He posted NBA 2K20 and 2K21-related videos in April 2020, which helped him increase his viewership. He played games like Fortnite, Five Nights at Freddy’s, and others while doing live streams in order to stay in the YouTube business. Darren had over 100k members by the middle of 2020, and over time, he became into an internet phenomenon.

In order to attract more attention from the audience, Darren also released his album under the moniker “What Else IShowSpeed.” His song, Shake, generated controversy due to its offensive lyrics. Darren also encountered controversy during the time he worked with Adin on a live webcast. He made misogynistic remarks and singled out Ash Kaash during the live stream. As a result of breaking the rules and policies, he was banned from Twitch.

His attention is on growing his YouTube following and selecting songs so that he can win the viewers’ love and support. Darren gained millions of fans in just two years because to his interesting material and live streaming. Additionally, he promotes various clothing trends and offers them for sale at reasonable prices to make it simple for people to purchase them.

Darren’s YouTube ad revenue, which is rather outstanding, is his main source of income. Between $500,000 and $1 million is IShowSpeed’s projected net worth as of 2022. Paid advertisements, TikTok, and merchandise are a some of Darren’s additional money streams. He has amassed fortune as a result of sales of his album and contributions from viewers of his live feeds.

Since Darren hasn’t shared anything about his family, all details have been kept a secret. Darren struggled to get his parents to comprehend what he would accomplish as a YouTuber, and when he reached 100k subscribers on YouTube, his mother’s chilly response infuriated him. Darren is reportedly single, but there have been speculations that he is dating Ermony Renee. On his YouTube account, he recently shared a video in which he described how his fiancée left him and had an affair with someone else.

Darren has two Instagram accounts with 2.4 and 127k followers each under the handles IShowSpeed and IShowSpeedy. He was suspended from Twitch because to the controversy surrounding his misogynistic remarks. He also has 88.1k subscribers on Snapchat, where he is active. He has 6.2 million fans on TikTok, where he is also accessible. Darren has three channels on YouTube with 8.81 million, 2.25 million, and 542k subscribers each. His channels are called IShowSpeed, Live Speedy, and Speedy Boykins.

One of the most popular videos on IShowSpeed’s channel Live Speedy is this one in which he exacts revenge on Talking Ben. With more than 220,000 likes and five million views, the video is popular.

His official song video, which was also contentious, attracted a lot of viewers. The video has 3 million likes and is accessible on his IShowSpeed YouTube account.

This video, which is accessible on his third YouTube channel, Speedy Boykins, is one of his most popular ones due to the $100,000 gift it received. In this video, the man becomes overexcited, which causes a computer to fall on him.

In this video, Darren’s new puppy starts to bark at him, and he asks the viewers if he should continue to call it Ben. His most recent video is this one, which can be found on his channel Live Speedy.

Q. What time does IShowSpeed stream?

A. After getting banned from Twitch, Darren creates most of his content on YouTube only, streaming around 1:00 PST.

Q. How Tall is IShowSpeed?

Q. Where does Speed live?

A. Darren’s current residence is in Ohio, USA.

Where Is Fred Fulford Today? Contractor Arrested For Al Adamson Murder- Is He Still In Jail?

What Did Darren Watkins Jr Gets Arrested For? Is IshowSpeed In Jail? Charges Of Swatting