The changes to Kamala Khan’s powers in Ms. Marvel seemed to be a big change from the comics, but episode 2 may have changed this by teasing that Kamala is the first official mutant in the MCU. Ms. Marvel’s first two episodes focused on introducing the newest hero in the franchise by showing how she got her powers and how she learned to use them. In a change from the comics, Kamala gets her powers from a mysterious bracelet that she gets from her grandmother. This bracelet gives her the ability to make “hard light,” which she can stand on or use to “enlarge” her fists, just like she does in the comics.

Finding this bracelet seems like a pretty standard way for the hero to get his or her powers, but there may be more to this than was first thought. Before Disney bought Fox, mutants couldn’t show up in the MCU because of complicated studio rights. Now that the two companies have merged, however, it’s not only possible but almost certain that mutants will show up in the MCU. After Patrick Stewart’s cameo as Professor X in Doctor Strange in the Multiverse of Madness, it was only a matter of time before the MCU started to talk about mutants more often, and Ms. Marvel episode 2 gives the first hint of this.

Mutants are people who were born with special abilities, according to the Marvel comic books and animated shows. The heroes didn’t get these abilities because of a story about how they got them. Instead, they were born with them. Bruno’s suggestion in the second episode of Ms. Marvel that Kamala’s mysterious bracelet gave her powers may be a sign that the MCU is slowly moving into mutant territory. Since the franchise now owns the rights to all the X-Men terms that Fox used to own, Ms. Marvel could be the first official mutant in the MCU. 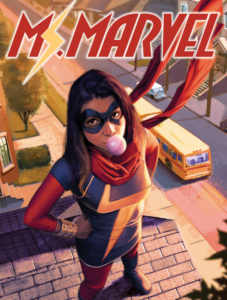 This idea comes from the training scene in episode 2 of Ms. Marvel. Bruno uses one of his inventions to measure Kamala’s energy and says, “Your power isn’t coming from the bangle, it’s coming from within you.” This means that the bracelet isn’t where Kamala’s powers come from, it’s just where they show up. If Bruno’s readings are true, which they seem to be based on how many inventions he has made in the first two episodes of Ms. Marvel, then this line, which seems like a throwaway, is the first hint of true genetic, or “mutant,” powers in the MCU.

The fact that a Department of Damage Control official called Kamala a “enhanced individual” backs up the theory. This is similar to the way anti-mutant language is used in the comic books. Even though the Ms. Marvel trailer and first episode gave the impression that Kamala’s power came from her bangle, Damage Control’s concern and Bruno’s theory show that the power was always inside of her. This being the case, the bracelet could be understood as a mechanism through which Kamala’s abilities are focused, or it may have provided a burst of energy that awoke her dormant power.

Ms. Marvel Is More Like Scarlet Witch In The MCU – But Is She A Mutant?

If the bracelet either awoke or enhanced Kamala’s powers, then Ms. Marvel’s superhero origin is far closer to Wanda’s than was previously thought. When the Scarlet Witch was first introduced in Avengers: Age of Ultron, the MCU did not have the rights to the mutant catalogue, nor any of the associated terms or phrases. This is the reason for Wanda and Pietro’s distance from the X-Men in the MCU, despite being Magneto’s children in the comics. The franchise instead suggested that Wanda was born with certain telekinetic abilities which were then amplified by her proximity to the Mind Stone in Hydra experiments.

It could be the case that the MCU is following a similar course with Kamala, suggesting that she was born with certain powers which were only amplified by her bracelet. Due to the rights issues at the time of Wanda’s introduction, the MCU’s Scarlet Witch has never canonically been referred to as a mutant, meaning that Ms. Marvel could mark the MCU’s first exploration into that arena. While potentially using a different method to get there, it may be the case that Ms. Marvel is more closely mirroring the hero’s comic book origins than the trailer initially implied.

Kamala’s transition into a superhero is based on an entirely different narrative from that shown in the Ms. Marvel series. In the Infinity storyline, Black Bolt triggers a Terrigen bomb, which shrouds the Earth in a mist, awakening any dormant Inhuman genes in those it touches. One such person is Kamala, for whom the Terrigen Mist grants polymorph abilities to grow and shrink at will as well as the power to stretch her limbs great distances.
Although Kamala’s comic book origin is undoubtedly different from that shown in the MCU, Ms. Marvel may be following the same awakening principles that were established in the source material. Much like the Terrigen Mist, Kamala’s grandmother’s bangle serves to awaken the latent abilities that have been inside Kamala for her whole life, granting her the ability to summon hard light just as her comic book counterpart can stretch. If Wanda’s powers were enhanced by encountering the Mind Stone, then the true origin of Kamala’s bangle could be just as powerful.

Hints of genetic abilities and alignments to former MCU characters such as the Scarlet Witch could make Ms. Marvel the franchise’s first official mutant. Disney now owns the rights to use phrases such as “mutant,” differing Kamala from Wanda’s seemingly similar origin and potentially hinting that the series will officially align Kamala with mutant-kind in its remaining episodes. If this is the case, then Ms. Marvel could be the MCU’s key to finally bringing the X-Men into their shared universe.

Who Is Kamran’s Mother In Ms. Marvel?