With Netflix’s “Skandal! Bringing Down Wirecard,” which explores one of the worst financial crimes ever, we gain a thorough understanding of how the German company in question deceived the world. That’s because it uses real accounts, historical footage, drawn recreations, and genuine accounts to show the fintech firm’s gang-like conduct and accounting errors. Short seller/investor Nick Gold is one of those who has openly shared their side of the story here, so if you’re interested in learning more about him, we’ve got the information for you. 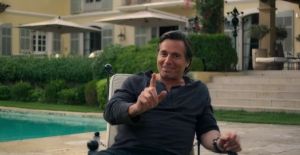 Who is Nick Gold?

Nicholas “Nick” Gold, born in February 1972, is a businessman and “compulsive stock market gambler” who has a foot in a number of different businesses and a sizable portfolio. However, it is claimed that he became their target as a result of his opposition to Wirecard after learning that The Financial Times will shortly publish yet another critical investigation about them. Paul Murphy, a journalist for the Financial Times, had told him they were “fixated on” this company, which prompted him to rapidly short-sell it “to the tune of hundreds and hundreds of millions,” according to the play.

In order to link the newspaper to criminal cooperation and market manipulation, an undercover agent acting as a potential investor secretly filmed Nick in July 2019. The tycoon merely assumed something significant was about to happen based on Paul’s casual comment made during an unrelated conversation, but the truth is that he had never divulged anything particular about their coverage. Nick also said that throughout this “sting operation,” he was encouraged to misrepresent the information he knew, so no charges were brought against him, Paul, or the newspaper. 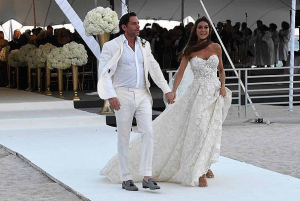 Where is Nick Gold Today?

Although successful investor Nick Gold prefers to keep a low profile, we do know that he currently divides his time between London, England, and Cannes, France. He has allegedly not had an easy few years, but despite that, he still seems to be living a nice, happy life and making the most of it to the best of his ability. To start, the entire Gold family, including father Peter, mother Janice, and brother Daniel, was charged in 2018 with “conning” Sweden out of £4 million by improperly marketing items for public roads.

Records show that the businesses linked to this alleged fraud were all founded in Sweden by wealthy businessman Peter, but they did list some of his relatives as former directors. Then, Nick told The Times openly, “He anticipated that I would want to get engaged in those firms at some point.” “In reality, I didn’t. I never worked for any of the companies, nor did I ever perform any services for them or on their behalf. Added he, Knowing my father the way I know, I have no reason to think that the businesses he has led have been anything other than legal and ethical.

Then there’s the fact that Nick filed for bankruptcy at the end of 2020 while also going through a divorce and had debts reaching more than £22 million. However, because his creditors accepted an Individual Voluntary Agreement (IVA), he was spared from filing for total bankruptcy and is now making a lot of effort to reclaim his prior position. In terms of his private life, Nick had married socialite Laura Zilli, his second wife, in a celebrity-studded ceremony in April 2018, but they eventually split up for good more than two years later. As of right now, he appears to be a proud single father.

How did Shelby Jordan die? NFL star cause of death Explained

Where is Horseman Michael Barisone Now?