Endings Explained For House of Sand and Fog (2003): What leads to the tragic end?

House of Sand and Fog is likely the only serious crime thriller ever written where no one has bad intentions. But the way the story is put together means that all of the main characters will die in a sad way. The movie is based on Andre Dubus III’s 1999 novel of the same name. The ending is so intense that only a few other movies can match it (if any). Here, we look at what happened in detail.

Kathy Nicolo (Jennifer Connelly), a young girl with a broken heart, is shocked when she is kicked out of her own home. Things get worse when her house is sold by mistake to Massoud Amir Behrani, a former colonel in the Imperial Iranian Army (Ben Kingsley). Kathy tries many times, but fails, to get Behrani to give up the house.

She also has an affair with Lester, a police officer played by Ron Eldard who feels sorry for her. When Lester decides to help Kathy get her house back, bad things get even worse. 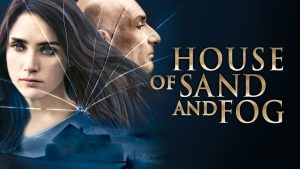 Behrani is a man with strong morals. He seems to be so close to the edge that he can’t help Kathy even if he wanted to. Behrani used to be a colonel, so he and his family are used to being proud, respected, and living a full life. But because he had to leave Iran, his days of fame are over. So, he puts on a show to make his family think he is a successful businessman. In reality, though, he works several low-paying jobs to keep up the appearance of being rich and important.

He pays a quarter of the price for Kathy’s house. Then, after putting some money into fixing it up, he plans to sell it for a profit. Behrani needs the house, but not as much as Kathy does.

How does Lester get involved?

Lester was a police officer who helped kick Kathy out of her house. Lester starts to love Kathy because he feels sorry for her, so he leaves his wife and kids. Kathy’s only chance is Lester, so he does everything he can to get her house back. He even does more than he needs to. In one case, he goes to Behrani’s house and tells him that if he doesn’t give up the house, he will get him kicked out of the US. Even though Lester doesn’t use any racial slurs, the movie makes it seem like he might be racist.

Behrani is a former soldier, so he knows how things work. He doesn’t do anything to make Kathy or Lester happy. He tells Kathy that he would sell the house if she would pay the price he has set.

After Lester said he would have to leave the country, Behrani told Internal Affairs about it. They told Lester to change his behavior or lose his badge if he did it again. The man from Iran is strong and determined. He wouldn’t kneel down for anything. But his family is his biggest weakness.

What leads to the tragedy?

Kathy tries to kill herself with Lester’s sidearm, but she fails. Behrani sees her outside his house and brings her inside, where she passes out from being drunk. As Behrani and his wife try to take Kathy to the bedroom, Lester comes in. Lester locks the whole Behrani family in the bathroom with a gun after misinterpreting what he saw.

Behrani plans to sell the house to save his family. He tells Kathy he will give her the money if she agrees to give the house back to him. Lester takes Behrani and his son Esmail to the country office as soon as possible. Esmail pulls out Lester’s gun and points it at him because he doesn’t like how his father is being treated. When a cop shows up, he doesn’t understand what’s going on and shoots Esmail.

The ending of The House of Sand and Fog is one of the most shocking and intense we’ve ever seen. When Esmail dies in the hospital, it takes away every reason for Behrani to keep living. In the next scene, we go to Behrani’s house, where he poisons his wife’s tea and kills her. He thought that dying from poison would be easier for his wife than dying from sadness.

He takes her to the bedroom, puts on his decorated military uniform, and sits next to her dead body. In an incredibly powerful scene, Behrani tapes a clear plastic bag over his face and suffocates himself while holding the hand of his dead wife. 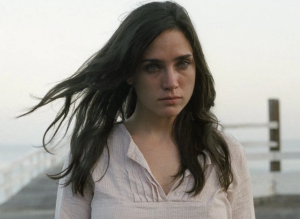 Lester is in jail. Kathy is still without a home. And every Behrani has died. How could so much happen when not a single character could be labeled as bad? Still, each character had some things about them that were not good. Kathy was impatient, Lester was angry, and Behrani didn’t care about other people. So, that’s what the sand and fog on the house were made of.

In case you didn’t notice, the movie’s title means more than it seems to say. The sand and fog in the movie represent two different sides of the conflict. The house is a symbol of the damage, but it’s not the one who did it. The little bad things are enough to cause a lot of damage. The House of Sand and Fog is all about that very thing.

Read More: Release Of Tell Me Lies Episode 5: What Happens Next In Lucy and Stephen’s Bad Romance?

Release Of Tell Me Lies Episode 5: What Happens Next In Lucy and Stephen’s Bad Romance?