Fans Asked “Did Harry Styles and Olivia Wilde Split Up?” After The Venice Premiere of Don’t Worry Darling

This Monday, Don’t Worry, Darling, starring Olivia Wilde, had its world premiere at the Venice Film Festival. People are always talking about what they think the movie means. Just recently, an online rumor started going around saying that Harry Styles and Olivia Wilde, who started dating while they were working on the same movie, have broken up.

The couple hasn’t officially said that they’re breaking up, and it’s too early to say anything for sure since this is pretty new information. The rumor that they broke up might be made up based on how they talked to each other at the Venice Film Festival, where they are both appearing to promote their new movie. 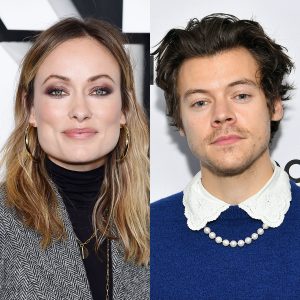 Harry Styles and Olivia Wilde are no longer together.

Sources say that they have not been seen in public together. At events like press conferences and even the premiere, the couple almost always had someone between them. Even though their initial decision to date seems to be the cause of many of the supposed fights in this movie, the fact that they don’t talk to each other at public events makes it hard to tell if they’re still together. 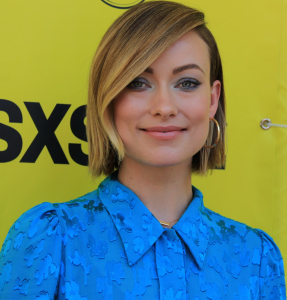 Monday, September 6, was the premiere of “Don’t Worry, Darling” at the Venice Film Festival. There was a lot to worry about: Florence Pugh and Olivia Wilde kept their distance, Harry Styles kissed Nick Kroll, and he allegedly spat on Chris Pine.

On Monday at the Venice International Film Festival, Harry and his girlfriend Olivia Wilde were both dressed in high-end Gucci clothes. For the premiere of Don’t Worry, Darling, their new movie.

Florence Pugh Made Stunning Entrance At The Premiere

Florence Pugh, who plays Alice Chambers, didn’t go to the press conference for Don’t Worry, Darling. Her absence from the press conference led people to wonder if Olivia and Florence had a fight on the set of the movie after Olivia’s co-star Harry started dating someone else.

But the main actress wowed everyone when she showed up at the premiere at the Venice Film Festival. During the press conference, she walked down the red carpet in her sparkling gown. During the press conference, Olivia talked about the lead actress not being there. She said, “Florence is a force, and we are so glad she can make it to the premiere even though she is working on the movie.”

The Movie Director Olivia Wilde Arrived In A Yellow Dress

Olivia, a 38-year-old movie director, walked down the red carpet in a bright yellow custom Gucci dress with a plunging neckline, sparkling diamond fringe, and a cape with a floor-length train that was all messed up.

Olivia and Harry did not walk the red carpet together, but they did pose for a group photo with other co-stars in between them. The couple did the same thing at a press conference on September 4, when they stood at opposite ends of the other cast members and did the same thing.

Harry Styles wore a blue suit to the red carpet.

The 28-year-old former One Direction star wore a Gucci navy blue double-breasted suit with a baby powder blue button-down shirt with a sharp, long-necked collar to the premiere.

The three co-stars, Pugh, Styles, and Wilde, avoided each other, and the photographer could never get a picture of them all together. People on the Internet started to wonder if the fight between the three of them wasn’t still going on, even though Wilde had denied having a fight with Florence Pugh in an interview with Variety.

When pictures of Harry and Olivia holding hands at Styles’ manager’s wedding in January 2021 were posted on the internet, it seemed like everyone wanted to know more about the young couple.

From coworkers to a romantic partner and a lot more! Fans were surprised by Olivia Wilde and Harry Styles’s fast-moving relationship, which began on the set of Don’t Worry Darling. One person from the place said that Harry and Olivia hit it off right away on stage.

Here, we tell you everything we know about the relationship between Harry Styles and Olivia Wilde.

Harpers Bazaar says that in the upcoming movie Don’t Worry Darling, Shia LaBeouf’s role as Pugh’s husband has been taken over by Harry Style. Olivia, the director of the movie, hires the musician after letting go of Shia, who was said to have gotten into fights with the cast and crew.

Olivia is in charge of making the movie, which is based on a script written by the VanDyke brothers. Florence Pugh plays the main character in the movie. Chris Pine is also in it, and Olivia Wilde has a small part.

People said in November that Wilde and Jason Sudeikis, who she had been with for a long time, had broken up. She and her ex-boyfriend had two kids together, a son named Otis and a daughter named Daisy.

Sources say that the couple has been living apart since the beginning of the year. At that time, their main concern was the well-being of their children. The source also said that the kids are their top priority and the most important part of the family.

Olivia and Harry are seen holding hands in January 2021.

After she fired her former co-star, Wilde had to find a new actor for her movie. She said nice things about Harry after he was in the 2017 movie Dunkirk.

People says that when the costume designer Arianne Phillips and Olivia heard that Harry had decided to play the role, they did a victory dance.

Harry and Olivia, who both used to be on X-Factor, made headlines on the internet in January 2021 when a photographer caught them holding hands at the wedding of Harry’s agent in California. When they were with their friends, the couple was friendly and held hands. They also enjoyed their happy times together.

Just one day after pictures were taken of them walking hand in hand, Harry stirred up trouble on their PDA by putting his arm around Olivia while talking to friends in a parking lot.

After their budding relationship made headlines for a month, Olivia captioned a photo of Styles wearing a suit and sitting in a shiny dark-colored car. The director said nice things about what Harry did for the movie.

Wilde also said that he let the main character, Florence, shine on her own. She also said that Styles didn’t have to be in the movie, but he jumped in with grace and humility and blew everyone away with his talent, kindness, and amazing sense of style. Tour to England in February 2021

After taking a picture with the cast and crew of Don’t Worry, Darling on the last day of filming. Ali Asif shared a picture of a group of people. In it, Harry had his arm around Wilde as they both smiled at the camera.

Later in July, the two had a wonderful trip to Monte Argentario, Italy. On a yacht, the two were passionately kissing in front of a photographer. Later, they kissed again while lying in the sun. Then, to continue their date, they moved to a smaller boat.

Olivia went to one of Harry’s concerts in September to cheer him on and show her support. She was dancing in the front row of the MGM, Las Vegas concert in a loose-fitting blue suit.

After her boyfriend’s co-star showed off his unisex nail polish, Pleasing, Wild was quick to show her support for his business.

In an interview, Wilde talked about the fact that the two people in the relationship were 10 years apart in age. She talked briefly about how a cover story for the January issue of Vogue brought attention to their relationship.

“It’s very tempting to disprove a false story,” she told the publication about the media attention on their relationship. “I think you understand that it doesn’t matter what other people think of you when you’re happy. You care about the truth, about what you love, and about the people you love.” She told him, “I’ve never been this happy as I am right now. I feel better than I ever have, which is incredible.”

The source said that after almost a year of dating, the couple was getting serious about their relationship because they were spending more time with each other’s families. The spokesperson said that Harry was slowly getting to know her kids, and he also said that Olivia liked spending time with Harry’s mom.

Olivia wore the floral jumpsuit of her dreams to Harry’s 28th birthday party in February. She posted some photos from the event on Instagram.

After not singing for more than two years, Harry put out his first song. In April, he put out a song called “As It Was.” Based on the lyrics, people on the Internet thought that some of the lines were about Olivia.

Harry Styles and Olivia Wilde will be in Italy in May 2022.

This was before the singer’s Love on Tour gigs. The event happened two weeks after Wilde’s ex, Jason Sudeikis, gave her papers about child custody while she was giving a presentation at CinemaCon in Las Vegas in April.

Howard Stem asked Harry in an interview for SiriusXM Show if he had ever met the director of a movie and fallen in love with her. Harry didn’t say much about his love life, but he did say that Olivia was a good director. He said that working with Olivia, the director, on the set was a great time.

August 2022: Wilde says that she and Harry are protective of their relationship.

Read More: Who Was the spouse of Anna Mani? On the 104th anniversary of her birth, the Indian physicist-meteorologist was honoured by a Google Doodle.

Tanyell Waivers: Who Is She? All Information About Queen Sugar’s Actress

Nancy Rinna: Who Is She? Lisa Rinna Sister and Siblings, Her Age, Job and Family