SANTA FE, BONANZA CREEK RANCH: According to a recent FBI assessment regarding the death of Halyna Hutchins, the gun could only have discharged a bullet if the trigger had been pushed. According to the newly released information, Alec Baldwin asserted that simply banging on the hammer wouldn’t trigger the pistol. 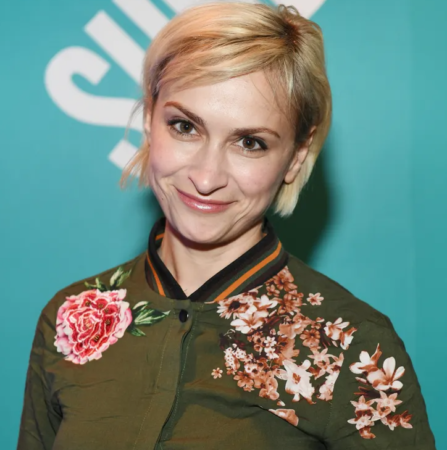 The ‘The Boss Baby’ star’s’ assertion that he fired the gun, which was meant to be loaded with fake bullets, is further refuted by the report. Baldwin mistakenly shot Hutchins on the set of his movie “Rust” in October 2021, which resulted in Hutchins’ passing away. In the same accident at Bonanza Creek Ranch in Santa Fe, New Mexico, director Joel Souza suffered injuries.

The Santa Fe County police previously made a video in which they discussed their first encounter with Baldwin and how he described the incident. He has constantly refuted claims that he fired the rifle. According to Baldwin, it was armed with fake bullets. A recent FBI report, however, came to the conclusion that the trigger had to be pulled in order for it to fire. This suggests that he will continue to be charged with a crime in relation to the occurrence. According to the Santa Fe Sheriff’s Department, the matter will be forwarded to the District Attorney for additional action.

On Saturday, August 13, authorities announced that they are expecting the actor’s phone records and that the attorney has been collaborating closely with the police to grasp the matter. However, detectives will examine the records before sending a case file to the DA to see if any charges may be brought.

In order to conduct a more thorough examination, the FBI forensic report has looked into every aspect of the catastrophic accident. The 45 Colt caliber F.lli Pietta revolver, which was described in one section of the study, cannot discharge without someone pressing the trigger. The police reportedly made the decision to carry out an accidental discharge test, but it’s unclear whether they used the same gun or a replica of it. Additionally, the research claims that a functioning gun won’t discharge a bullet and primer at the same time.

Baldwin said in an interview with ABC News that Halyna had helped him place the hammer as he pulled it back and posed with it for the camera. Later on in the investigation, he asserted that he was informed that he was in possession of a “cold gun,” which refers to a firearm loaded with a fake round. Baldwin said, “I did not pull the trigger.” The actor claimed that he released it, and it shot without him pushing the trigger. According to a recent FBI report, the action could trigger a gunshot without actually firing a shot. Criminal prosecution against the actor and other others engaged in the unintentional gunshot may yet result from these findings.

Santa Fe County Sheriff Adan Mendoza said in an interview with Today in October 2021 that it was possible that the offenders will face criminal charges. He stated: “Right now, it’s too early to rule anything out, but I don’t believe anyone is exempt from facing criminal accusations. I believe there was complacency on the set, as I have previously stated. The district attorney will decide if the level of negligence and disarray warrants criminal charges.”

When the sheriffs examined Baldwin, the actor said that on the day of the shooting, a box of toy bullets that had vanished suddenly shown up again. He stated that when the crew went back to the box following the incident, they discovered live ammunition had been mixed in with the dummy rounds. Baldwin was adamant that the armorer, Hannah Gutierrez, should be questioned about the box by the sheriff’s detectives. Hannah, however, has consistently assured the public of her innocence in a number of statements.

During the investigation, the policeman said to Baldwin, “I have some bad news for you. She failed to survive “. He abruptly rose from his seat, yelled “No!” and demanded to be excused so that he might call his wife Hilaria. Baldwin walked out of the room clutching his head. Later, he was discovered in the sheriff’s department’s parking lot. According to reports, Baldwin was let go from a number of movies due of this supposed criminal act. The Hutchins family is suing Baldwin even though no one has been formally prosecuted in connection with the incident. However, Rust Movie Productions was given a $136,793 fine by New Mexico’s Occupational Health and Safety Bureau for safety violations that went outside accepted industry standards.