The next holiday film, “My Southern Family Christmas,” will star a number of well-known actors and actresses, such as Jaicy Elliot and Ryan Rottman, among others.

Cajun Village and the Coffee House in Sorrento were both used as filming locations for the series My Southern Family. Campbell, a journalist, is the main character of the tale. He is given the opportunity to cover a Noel Christmas event in Louisiana. There, she reconnects with her biological father and his family after a long separation.

Campbell spends time with her father and her father’s family, but she keeps her true identity a secret from her father. As she spends more time with them, she realises more and more that the family is chaotic, but in a lovely way. In the end, it is up to her to determine whether or not she will expose her true identity, or if she will choose to conceal it.

If the journalist were to uncover her hidden identity, it would irrevocably alter how their family celebrates Christmas. What is Campbell going to do? Will she discuss this matter with her father?

The new movie about Christmas will star a number of well-known actors, such as Jaicy Elliot and Ryan Rottman, amongst others.

My Southern Family Christmas premieres on Thursday, November 24, 2022, on the Hallmark Channel

The upcoming Hallmark movie “My Southern Family Christmas” has an impressive roster of actors and actresses, which may be found below. 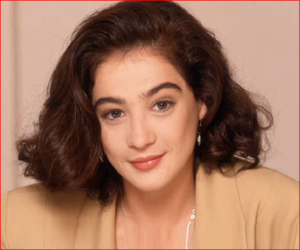 The 54-year-old American actress Moira Kelly is most recognised for her roles as single mother Karen Roe in the long-running and critically acclaimed adolescent drama One Tree Hill and Kate Moseley in the 1992 film The Cutting Edge.

She tied the knot with Steve Hewitt, a businessman from Texas, on August 5, 2000. The happy couple is parents to a daughter named Ella and a son named Eamon. They spent approximately eleven years in Wilmington, North Carolina, prior to moving to Flower Mound, Texas, where they are presently residing. 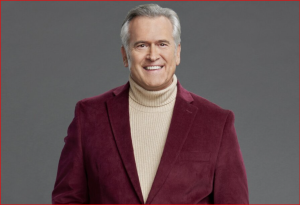 Actor and director Bruce Campbell introduced a touch of glitz and glamour to the Hallmark channel during the previous holiday season with the original movie Once December Night. This year, he is returning with the most recent Christmas movie, My Southern Family Christmas.

Although Bruce is best renowned for his portrayals of terrifying characters, he has an easy time capturing the attention of his audience with his charm, joyful nature, and comic timing. He is most known for his performance as Ash Williams in the Evil Dead film franchise directed by Sam Raimi.

In 1983, he wed the woman who would become his first wife, Christine Deveau. They had two children together after their divorce in 1989. Jacksonville, Oregon is the location of Bruce’s present home, which he shares with his second wife, the costume designer Ida Gearon. 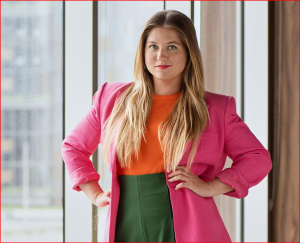 American actress Jaicy Elliot, who was born in France but raised in the United States, is best known for her role as Dr. Taryn Helm on the hit television series Grey’s Anatomy. Her most recent job was as Ella in the Hallmark movie Romance in Style, which she also starred in.

The young actress kicked off her acting career in 2018 by appearing in an episode of the web series Grey’s Anatomy: The Webisodes. She made an appearance as a guest star in the 2019 season of the television series Noches con Platanito. After after, she had an appearance on Station 19 playing the role of Dr. Taryn Helm. 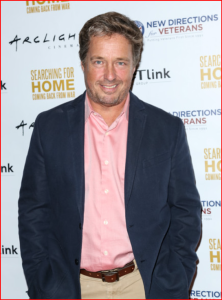 The actor was recognised for his outstanding portrayal as Dean Karny in the television picture Billionaire Boys Club (1987), for which he received a nomination for a Golden Globe Award. On the other hand, he is probably most recognised for his role as Michael Holden in the sitcom Amy Wives (2007-2013). 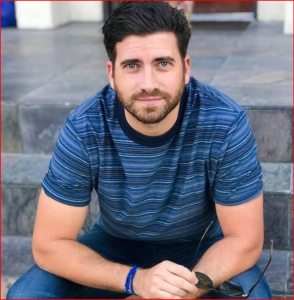 Ryann Rotman, who hails from Connecticut and is currently 38 years old, is famous for her role as Joey Colvin on the television series Gigantic. After completing his high school education at Lufkin High School, he went on to study at Texas Tech University.

In the comedy film The House Bunny, which Fred Wolf directed and starred in, he made his acting debut as a background character in 2008. He had a history of starring in plays while he was attending Texas Tech University. 2009 was the year that Ryan appeared in the films “The Open Road” and “Stuntmen.” 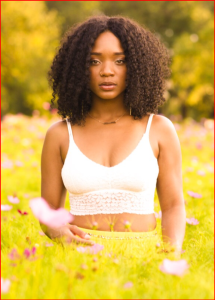 Mary is a role that Bri Collins will play in the upcoming Christmas movie My Southern Family Christmas. Her hometown is New Orleans, and she currently resides in Los Angeles. On the television show Tales, she plays the role of Camille King.

The actress has been in “The Underground Railroad,” which won both the Emmy Award and the Oscar for Best Picture, both of which were directed by Barry Jenkins. The novel was written by Colson Whitehead, who went on to win the Pulitzer Prize for it. 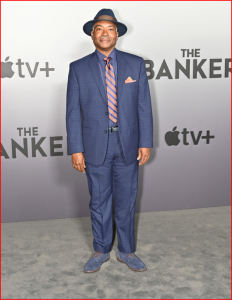 Gralen Bryant Banks is a talented actor who is most known for playing the character of Older Man in the film Queen & Slim, which was released in 2019. Since 2008, he has been making contributions to the entertainment sector. His tenure in this field now spans over ten years.

He was cast in the film Who Do You Love, which was released in 2008. In the television series Memphis Beat, Gralen played the role of Manny Sud in the year 2010, and the following year, he participated in the film Never Back Down 2: The Beatdown in the role of Frankie. 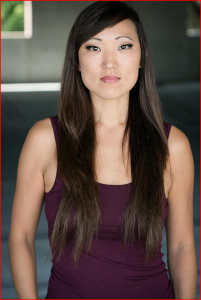 In the film “My Southern Family Christmas,” the stunning Sarah S. Fisher plays the role of “Journalist #1.” She is an enthusiastic and devoted performer who strives to immerse herself in all facets of this industry, including talent, production, and stunts.

At the age of 18, she uprooted her life and relocated to Orlando, Florida, where she began working for a variety of amusement parks in the area. Soon after, she developed an interest in the Stilt Walkers and discovered that she has a previously unknown talent.

J.R. Rick Carter and Daniel Lewis serve as executive producers for the television special My Southern Family Christmas. Melissa West is in charge of producing the show. On November 24, 2022, at eight o’clock in the evening (central time), it is slated to make its debut on the Hallmark Channel.

The character of Campbell Wallace is portrayed by Jaicy Elliot. The parts that she played on the television series Station 19 and Grey’s Anatomy brought Elliot the majority of her fame. Prior to that, she had a starring role in the Hallmark movie Romance in Style.

The part of Jackson Shepherd is played by the American actor Ryan Rottman, who is 38 years old. The roles that Rottman played on the television series Gigantic, 90210, The Lying Game, Happyland, and See Dad Run helped him establish his reputation as an actor. Stuntmen, White Dwarf, The Best Worst Christmas Ever, and Billionaire Boys Club are just a few of the movies in which he has appeared. His prior roles include Christmas Wonderland, Sister of the Bride, and Christmas for Keeps, all of which are considered to be original Hallmark movies.

Moira Kelly, an American actress who is currently 54 years old, plays the role of Jennifer Bergeron. Kelly is a well-known actress who is most recognised for her appearances in the films The Cutting Edge, Twin Peaks: Fire Walk with Me, Chaplin, and Entertaining Angels: The Dorothy Day Story. She has starring roles in the television programmes Panic, To Have & to Hold, One Tree Hill, and To Have & to Hold. Her film credits include “Drive, She Said,” Dangerous Beauty, Hi-Life, The Safety of Objects, and Two Tickets to Paradise. With Honors, Little Odessa, The Tie That Binds, Unhook the Stars, and “Drive, She Said” are all among her film credits.

Everett Bergeron is portrayed by Bruce Campbell, an American actor and director who is currently 64 years old. Campbell is well-known for his role as Ash Williams in Sam Raimi’s Evil Dead franchise, as well as for his prominent roles in a number of low-budget cult films, such as Bubba Ho-Tep, Maniac Cop, Sundown: The Vampire in Retreat, and Crimewave. The Adventures of Brisco County, Jr., Jack of All Trades, Hercules: The Legendary Journeys, Xena: Warrior Princess, Burn Notice, and Ash vs. Evil Dead were some of the television programmes in which he appeared as a main character.

‘My Southern Family Christmas,’ filmed in Ascension Parish, to debut on Hallmark Channel Nov. 24 at 7 p.m.

Before the premiere of “My Southern Family Christmas,” which will take place on November 24 at 7 p.m. and was filmed in Ascension Parish, a sneak peek of the programme can be viewed on the website of the Hallmark Channel.

Even in a brief clip taken from the movie, one of the characters gives a shout-out to the Town of Sorrento in one of their lines. The website also features a brief promotional video.

A journalist is the protagonist of this tale. She receives an invitation to cover a Pere Noel Christmas celebration in Louisiana, and while there, she finally gets the chance to reunite with her long-lost father and her father’s new family.

The Christmas movie that is being shot at the Cajun Village and Coffee House in Sorrento features a number of well-known actors, as was mentioned in a previous report. Due to filming taking place from September 21-23, the establishment that was closed could be found at the intersection of Highways 22 and 70.

Evergreen Films is a family-owned and independent production company based in Covington. Daniel Lewis, who is the owner of Evergreen Films, has previously shared some of the stars in the movie, including Jaicy Elliot, Bruce Campbell, Moira Kelly, and Ryan Rottman.

The movie’s producers have high hopes that it will have a positive impact on Ascension Parish and the surrounding Baton Rouge area, and the working title of the film was “Family Christmas.” In a previous statement, they indicated that the names of local places and businesses would be used.

The following synopsis of the upcoming film was provided by Hallmark in late September: “Campbell has a chance to get to know her biological father for the first time — without him ever knowing who she really is.” She comes to the conclusion as a result of her interactions with him, his family, and the town’s official record keeper that families are wonderful despite their inherent dysfunction. In the end, Campbell is faced with a decision that will determine whether or not she will conceal her true identity from her father or tell him the truth; whichever path she chooses, Christmas will never be the same for their family again.

How Much Money Does ‘The Christmas Clapback’ Actress Porscha Coleman Have?