Gama Pehalwan was a Legendary wrestler who passed away at the age of 82 years old. Learn about his death cause, religion and more in this article below! 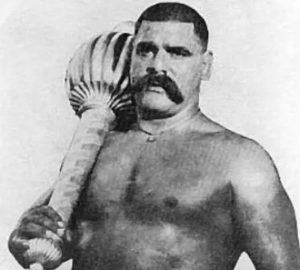 Ghulam Mohammad Baksh Butt was a pehlwani wrestler and strongman in British India. He was born on May 22, 1878, and passed away on May 23, 1960. Other names for him include Rustam-e-Hind and The Great Gama. In the early part of the twentieth century, he reigned as the undisputed champion of the world in wrestling.

Gama Pehalwan Cause Of Death Is A Mystery

According to the information gathered from various sources, Gama Pehalwan passed away as a result of a prolonged illness. However, nobody knows for sure what brought about his passing at this point in time. He had been ill for some time before he passed away on May 23, 1960 in the city of Lahore in Pakistan.

According to a number of sources, in the days leading up to his death, he suffered from a chronic ailment and had trouble paying for the medical care he required. His condition was claimed to have worsened, and it was said that he had suffered from asthma and cardiac issues in the past. Because of his precarious financial situation, he was forced to sell his medals at the eleventh hour.

Gama was given property and a monthly salary from the government, in addition to financial assistance for his medical expenses up until the time of his death. This was done in an effort to assist him. In the end, he passed away in the year 1960, when he was 82 years old.

Ghulam Mohammad Baksh was born on May 22, 1878, in Jabbowal Village, which is located in the Amritsar area of Punjab Province in British India. His family was originally from Kashmir and practiced Muslim wrestling (now Jabbowal, Kapurthala District, Punjab, India).

In addition, he first came to public attention when, at the age of ten, he competed in a strongman competition in Jodhpur. The competition consisted of a number of physically demanding events, such as squats, and he was the youngest participant.

Gama finished in the top fifteen of the competition and was awarded the title of champion by the Maharaja of Jodhpur due to the fact that he was so young. In total, there were over 400 wrestlers competing in the event. Gama was then instructed in the ways of the warrior by the Maharaja of Datia.

Gama Pehalwan Was A Legendary Wrestler

Gama Pehalwan, a legendary wrestler, is renowned for going through his entire career of more than 50 years without ever suffering a defeat. Because of his multiple victories, including the World Heavyweight Championship in 1910 and the World Wrestling Championship in 1927, he became known as the “Tiger.” At the beginning of the twentieth century, Gamma reinvented himself as the wrestler Rustam-e-Hind.

In addition to that, there are rumors that he confronted the American martial artist Bruce Lee at some point. After watching Gama’s fitness routine and nutrition, Lee became a big fan of him. Lee almost immediately incorporated Gama’s exercises into his own training routine. Two of Lee’s favorite workout moves were the “cat stretch” and the “squat,” which are also respectively known as the “baithak” and the “deep-knee bend.” 1927 marked the year that the legendary wrestler faced up against Jess Peterson, a wrestler from Sweden, in the final match of his life.

Meet Anastasia Higginbotham, The Author Of Controversial ‘What You Don’t Know’ Book

Is Connor Goldson Leaving Rangers? Which Team Is He Going For?

What Happened To Martin Shkreli? Update On The Pharma Bro Release Date His Fiasco With Wu Tang Clan

Is Selena Gomez Pregnant In Only Murders In The Building? Fans Suspect A Plot Twist In Season 2

Jay Z’s Executive Brett Yormark Eyed As Possible New Big 12 Commissioner, What is His Net Worth?

Who Is Luxmy Gopal’s Husband – Is She Married? Details We Know About The Journalist