Fans of Baba Nirala and her “Badnam Ashram” want to know what happens next in their story. But we won’t have to wait much longer, because Ashram 3 will be available to stream on MX Player on June 3. The trailer for the third season of Ashram, which is called “Ek Badnaam Aashram Season 3,” came out a few days ago.

The story will still go in the same direction, and all the characters will still play their parts. But a new character has been added this time, which will make this season even more exciting. This is who Sonia is, and Esha Gupta will be seen playing her. 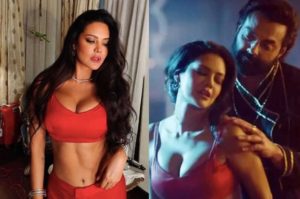 WATCH: Esha Gupta’s character revealed before the release of Aashram 3

From what the trailer shows, Sonia is trying to get Baba Nirala to like her. But it’s hard to tell from this if Sonia is caught in Baba’s grip or if Baba is caught in Sonia’s trap. Well, we won’t know for sure until the third season comes out.

But in the meantime, Esha Gupta (who plays her in Aashram 3) has written about the experience on her Instagram page. The actress shared a video clip of her talking about how, after seeing the ashram, she wanted to be a part of it.

In the video, Esha Gupta talks about how hard she had to work to make Sonia and Baba Nirala work well together. At the same time, producer Prakash Jha can be heard saying that she always pictured Esha Gupta as Sonia in the show and that no one can play the part better than she can. Baba Nirala (Bobby Deol) also talks about how she feels about Sonia’s character in the new series.

Producer and Director Prakash Jha was happy about the series. He said, “Making movies is my passion, and I am lucky to have had the chance to work with such enthusiastic and passionate actors and technicians who made me feel at ease.” But I had to have faith that the story would turn out the way I wanted it to. We have experienced the same passion, emotion, and thrill with Ashram.”

Esha Gupta New Look: Before the release of ‘Ashram 3’, Esha Gupta added a touch of bo*ldness, shared a photo wearing such a blouse