When a diligent parent stopped showing up for work, his family and friends were understandably concerned about his well-being.

However, as the days continued to pass, their greatest nightmares came to fruition. The documentary series “Unsolved Mysteries: Body in Bags,” which can be found streaming on Netflix, focuses on the events that led up to the murder of David Carter in Melvindale, Michigan, as well as the pursuit of the murderer, who appears to have vanished after the crime. If this piques your interest, and you want to learn more, we’ve got you covered.

How Did David Carter Die?

David D. Carter, Sr. was said to be a fun-loving and honorable guy who was a wonderful father to his adolescent son, David Carter Jr., also known as DJ, whom he shared with Samia Conner. David Carter Jr., also known as DJ, was born as a result of their relationship. In a similar manner, David and his father, Elton Carter, shared a very strong bond. He worked at the Magna Seating Plant in Highland Park, Michigan, at the time, and he also ran his own clothing business. The 39-year-old man was active in the Melvindale Junior Football League as a volunteer and had a strong connection to his family. Around the time of the event, David’s romantic involvement with Tamera “Tammy” Williams had been going strong for almost half a year.

David failed to report for work for a period of three consecutive days at some point during the first week of October 2018. This caused concern among his family members, particularly his sister Tasia Carter-Jackson, who quickly drove to his residence to check on him. They were surprised to see that David had left the door unlocked and the bed unmade when they arrived at his place. However, there were what appeared to be bloodstains on the mattress as well as the carpeted floor in the bedroom. He was nowhere to be seen.

A worker for the Department of Transportation in Eagle Township, Ohio, on October 1, 2018, discovered a sleeping bag that had been abandoned in the weeds near an interstate highway in the town. The lower body as well as David’s legs were within the sack. The remainder of his skeletal bones were discovered by the authorities along the same route in the days that followed. According to what was seen on the show, David’s skull was discovered in a black duffel bag on October 10, 2018. In the end, his upper torso and hands were discovered in a bag on October 16th. David had been shot from very close range directly behind his ear, and the bullet had exited through the top of his skull.

Also Read: Yuzuru Hanyu: Who Is He? Figure Skater&#8217;s Retirement News Has Shaken His Fans- Here&#8217;s What We Know

According to the show, the authorities were under the impression that David had been shot in the head, most likely while he was asleep. There was no evidence of his having fought back, as there were no wounds on his body that were of a defensive nature. At DJ’s football game on September 28, 2018, which was the most recent time David’s family saw him, he said goodbye. After then, there was no trace of him to be found anywhere. On September 30, 2018, DJ was at his mother’s house. He was meant to go to David’s, but his mother received texts from David’s phone indicating he was sick. This caused DJ to stay at his mother’s house instead of going to David’s.

DJ still came by for no other reason than the fact that he needed to pick up something. He recalled witnessing Tammy acting strangely and stated that his father had gone for a stroll instead of checking on the house. In March of 2018, Tammy and David started dating. The two had attended the same high school and had rekindled their friendship at a party. In addition to being a travel agent at the time, she had also been employed in the medical field as a phlebotomist. Tammy was also a parent to a pair of identical children. 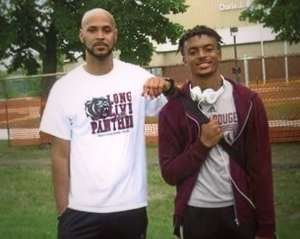 On the other hand, according to the episode, David’s family believed that Tammy was obsessed with him and that she was constantly around him. In the year 2021, a psychologist by the name of Caryn Stark had quite similar sentiments. She was convinced that Tammy would commit murder once more. David went to the movies with a cousin a few weeks before he vanished, but after that, he was never seen again. But when she dropped him off at his house, he saw that his tires had been slashed. David came to the conclusion that Tammy was to blame for the incident since he had gone to the movies with David’s cousin instead of taking her.

In addition, Tammy did not contribute to the search operations that were conducted when it was discovered that David was gone. She was taken into custody on October 5, 2018, in connection with the passing of David, but she was let go shortly thereafter since there wasn’t sufficient evidence to continue holding her. Despite this, Tammy went missing sometime during the month of October, much to the dismay of her family. Since then, she has evaded capture, and the authorities have speculated that she may have ties to the Eastern Stars sorority. This indicated that Tammy had a large number of friends.

According to the findings of the inquiry, Tammy was spotted on October 16, 2018, in Ann Arbor, which is located in the state of Michigan. She was observed on camera while eating in a restaurant. The dinner was captured. After that, Tammy boarded a train and traveled to Chicago, Illinois, before continuing on to New York City, New York. According to the show, Tammy checked into a hotel on October 18, 2018, slept there for the night, and then left afterward; this was the last time she was seen on camera.

The United States Marshals Service is continuing their search for Tammy while also offering a reward for information that could lead to her apprehension. In addition, it was reported in September 2021 that Tamera’s mother, Verdine Day, who had previously worked as a fireman, was accused of stealing about $200,000 from her fire union prior to her retirement. The money, it is said, went toward supporting her extravagant lifestyle, which included going on cruises and paying for domestic flights.

This week, Netflix’s Unsolved Mysteries came back with some of the strangest crimes in the US.

The third episode of the show, “Body in Bags,” is about the murder of Michigan father David Carter, whose body was found in 2018.

In the years since, a warrant has been out for Tammy Williams, who was David’s partner at the time of his death.

How did David Carter get hurt?

David Carter was a 39-year-old man from Melvindale, Michigan. He worked at the Magna Seating Plant and volunteered with the Melvindale Junior Football League.

He and his ex-wife, Samia Conner, had a teenage son named DJ. He was also close to his dad, Elton, and sister, Tasia Carter-Jackson.

He was last seen on September 28, 2018, at his son’s football game. He came with Tammy, but it doesn’t look like they sat together during the game. David’s sister has said that she thinks her brother broke up with Tammy because she was “too possessive.”

Two days later, both DJ and his mother got a text message from David saying that he was sick and couldn’t come to visit. DJ changed his mind and went to see his father instead. When he got to David’s apartment, he saw Tammy taking the trash out. 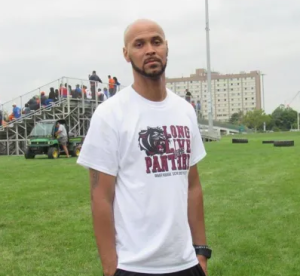 He says that she ran inside and locked the door when she saw him. Even though David was sick, she finally let him in but said he was “out for a walk.”

David didn’t show up to work for the next few days, so his coworker called Tasia to ask her to check on her brother.

She and her husband went to the apartment. When the door wasn’t locked, she called Elton and Samia to come help them. They found blood and what looked like a bullet hole, so they reported him missing right away.

How did they find David?

The police called David’s dad, Elton, the day after they reported him missing. They said that a mowing crew working along I-75 in Ohio had found a “weird-looking sleeping bag” that had the lower half of an adult man’s body cut off. It was easy to remember because it had a tattoo of a pit bull, which Elton knew David also had.

In the days that followed, David’s head and upper torso were found in other places along the same highway. By finding the extra parts of his body, experts were able to figure out that he had been killed by a gunshot to the head.

How did Tammy Williams get there?

Investigators think she took out a lot of money at the bank and then took a train from Michigan to Chicago and then to New York. On October 18, 2018, she was last seen leaving the Neptune Hotel in New York City.

No one knows where she is right now, and since they didn’t find the murder weapon, it’s possible that she still has guns.

Even though it’s been four years, police are still trying to find Tammy. The reward for information about where she is now stands at $10,000.

She reportedly changes her hair a lot, making her difficult to identify. But neither the police nor David’s family have given up hope.

“We will track you down. We’ve been looking into this case for three years, but we haven’t had much help “In 2021, US Deputy Marshal Aaron Garcia said.

“People know where she is, how to find her, and how to get in touch with her. They haven’t shown themselves yet.”

When Did Sam Beckett Leap Into Magic? Was Magic in the Original Quantum Leap?