Now that all ten episodes of Cyberpunk: Edgerunners are available on Netflix, people who like anime and the video game Cyberpunk 2077 are in for a treat. In this stand-alone story, a teen who worked as a mercenary outlaw for a group called “edgerunners” gets caught up in Night City’s criminal underworld.

Once you’ve seen all ten episodes, you might wonder if there are plans for more. As of right now, Netflix hasn’t said if there will be any more parts. The series seems to be a standalone extension of the video game, but you never know.

Below, we’ll tell you what we know about the show’s possible future and if there’s a chance that Netflix will renew it. 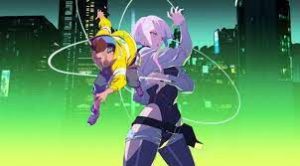 Will Netflix have a second season of Cyberpunk: Edgerunners?

There has been no official word about a second season, but it seems likely that this show will only run for one season. The reason is that the show has always been marketed as a “standalone story.”

But the way the sentence is written could mean that the story is different from Cyberpunk 2077 and not that there will only be ten episodes. CD Projekt Red just announced the first official DLC expansion for the game, called “Phantom Liberty,” and it looks like there will be a lot more in the future. That means there’s a chance there could be more seasons.

The involvement of Studio Trigger is another thing to think about. Many Studio Triggers shows have only had one season, but that isn’t always the case. There is a chance that there will be more Cyberpunk: Edgerunners content, especially if the anime does well and gets a lot of people to watch it.

Even if we don’t get another full season, we might still get a movie or special. 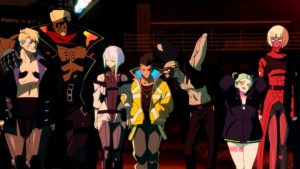 Cyberpunk: Edgerunners is a new Netflix anime that functions as a standalone story and spinoff of the popular video game Cyberpunk 2077 from CD Projekt Red, the same company that developed the acclaimed Witcher video game trilogy.

The ten-episode season follows David Martinez as he navigates the dystopic setting of Night City, a place obsessed with cybernetic implants and riddled with criminal activity. To survive, David teams up with a mysterious netrunner named Lucy and starts working with a group of mercenary outlaws known as “edgerunners.”

If you played Cyberpunk 2077 before watching the anime, you might recognize several of the songs used in the show. While cruising around Night City in the game, you can choose between 11 radio stations, each one allowing you to tune into a different genre. Several songs available in the game are featured in the anime.

The opening credits for the anime feature the song “This FFFire” by Franz Ferdinand.

During the end credits, you’ll hear “Let You Down” by Dawid Podsiadło and Magdalena Laskowska.

Read More: Does Barbie Ferreira Have An Eating Disorder? Health Update Of Euphoria Cast Who Left The Series