Unfortunately, there are still a lot of unanswered questions surrounding Michelle Saum Schofield’s case more than three decades after she lost her life on February 24, 1987. But for the past five or six years, the main question has been whether her husband Leo Schofield actually killed her or if he is in prison as a result of someone else’s activities, as detailed in “20/20: Last Seen In Lakeland.” However, for now, if you simply want to know more about the one person who is dedicated to always fight for his freedom – his second wife, Crissie Carter — we have the required information for you. 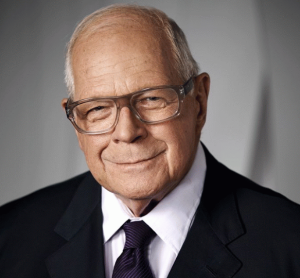 Crissie Carter, who is she?

Crissie, a former state probation officer, first met inmate Leo in 1991 while teaching at the Hendry Correctional Institution. She quickly became enthralled by his tale. She noted he declared his innocence to everyone he met, and she was no different, as he was one of her assistants while she taught prisoners how to balance a checkbook and write resumes. The only unique feature is that Crissie went home to check all the accessible court documents on her own, which sparked the beginning of a personal relationship once she admitted she believed him. 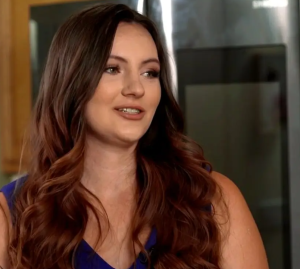 They began to develop a close relationship over time, and in 1995—after Leo had been transferred—they happily got married in the chapel at DeSoto Correctional Institution. Crissie was honest about her family’s response to her choice of a life partner: “My family was supportive, but not entirely happy.” I have friends that are no longer in contact with me. Her unwavering faith in Leo’s innocence and love for him prevent her from letting any of this impact her, which is why she started taking legal action as well.

In fact, Crissie engaged a new defense attorney for her husband in 2004, and he swiftly helped her in her long-running effort to have the previously unidentifiable fingerprints from Michelle’s car properly investigated. Although the technology to do this wasn’t available in 1987, in December of the same year, fresh information verified a match to convicted killer Jeremy Scott (on an unrelated matter from 1988). To the dismay of his wife, Jeremy’s confession and recantation, as well as this ostensibly critical piece of evidence, have not, despite their constant efforts, had any bearing on Leo’s legal case.

Now, where is Crissie Carter?

According to Crissie Carter Schofield, “Many people get interested [in Leo’s case] when they hear the narrative from me… Then Leo is introduced; he is different in some way. It’s not surprising that she has remained her husband’s strongest supporter, especially given the collaboration she has established with groups like The Innocence Project in the hope that they will one day succeed in having him cleared of all charges.

It’s important to note that Crissie adamantly maintains that Michelle is also the target of her efforts, as she feels that Michelle deserves true justice. She works hard not only for Leo or for a sense of vindication. Leo getting out isn’t where it ends, she said. “Michelle’s tale is told in this.” From what we can gather about Crissie’s personal situation, she appears to be a Florida resident who proudly works as a clinical social worker. Crissie reportedly presently resides near Fort Myers.

Leo Schofield is a well-known restaurant critic in Australia who contributes a column on a weekly basis to The Mercury. Schofield has had a distinguished career in the fields of advertising, journalism, and the direction of creative arts festivals, in addition to serving as a trustee for several arts and cultural organisations.

The following information regarding Leo George Schofield’s estimated net worth has been compiled from a variety of trustworthy online sources, including Wikipedia, Google, Forbes, and IMDb. You may look at his past earnings, net worth, and other information by clicking on the links below.

The following article has been updated with new information regarding Leo’s estimated net worth, monthly and yearly earnings, principal source of income, cars, lifestyle, and a great deal more.

Leo, who generated $3 million in revenue and $5 million in net worth The majority of Leo’s income came from the sale of his Yeezy brand sneakers. Even though he had lied over the years about the size of his company, the money he made from his career was real–enough to rank as one of the most lucrative paydays for a celebrity in the history of the industry. His primary source of income is primarily derived from his accomplishments as a critic.

His staggering net worth is anywhere between $5 and $10 million. In addition to the enormous amount of people who follow him on social media, actress

During the time when Schofield was directing plays at the Sydney University Dramatic Society, he became acquainted with Anne. In 1962, Anne travelled to London to wed him; two years later, in 1963, the couple relocated to Australia after the birth of their daughter, Nell. Emma and Tess, who were born in 1965, are identical twins. After 19 years of marriage, Schofield and his wife decided to divorce. In 2015, Schofield revealed his sexual orientation to the public and remarked that “many gay guys would envy me for the fact that I’ve been able to have children.”