Dark Desires on ID is looking into a terrifying case of domestic abuse and murder in Louisiana’s Ouachita Parish, which involved the death of Vennie Oliveaux at the hands of Shane Langley. 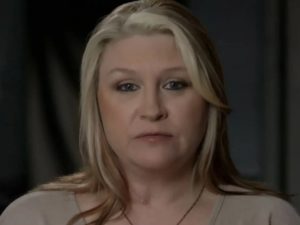 Shane Langley, Christine Oliveaux’s ex-husband, has been physically abusive to her in the past, and she has been a victim of this abuse. After Christine finally got away from Shane after years of being abused by him, Shane killed Christine’s mother.

Christine wed her childhood sweetheart, Langley, while she was just a teenager, and the couple went on to have four children together. She later detailed how Langley’s abusive behavior had begun almost immediately after their first encounter.

In the end, Christine worked up the nerve to break free from his control and run away with their children, bringing them all to live with her mother. Investigation Discovery presents the horrific chapters of this terrible event in the episode named “Married to the Devil” from the show “Obsession: Dark Desires.”

In 1984, Christine Oliveaux began a romantic relationship with Shane Langley, a classmate of hers. 1995 was the year that the pair tied the knot, and they went on to have three children together.

Following the couple’s marriage, Shane’s pattern of aggressive behavior toward Christine began. By 1998, Shane’s violent behavior with Christine was more than obvious to everyone paying attention to the situation.

Shane committed multiple acts of sexual, emotional, and physical violence against Christine during the course of their relationship. She endured regular physical abuse for the little infractions that could be found around the house.

Shane made her cut off all communication with her friends and drove her to withdraw into herself. Additionally, her mother, Vennie, was able to meet her whenever he gave her permission to do so.

Despite the fact that she eventually succeeded in evacuating the couple’s home with their children, he still called her and threatened her. Following this, Shane went to Vennie’s house armed with a gun, and when Christine ran away from him, he shot her at least twice.

Where Is Shane Langley Now?

During this time, Shane Langley is being held in custody by the Department of Corrections in the state of Louisiana. According to the documents from the correctional facility, as of the month of January in 2021, he was serving his sentence at the Elayn Hunt Correctional Center in St. Gabriel, Louisiana.

After he had already murdered her mother, he abducted her children and held them as hostages while he was in a standoff with the police.

He called Christine to let her know that he was aware that she and the children were occupying the safe home, which he had discovered after learning about its location.

After being apprehended for the murder of Vennie, Shane was tried and found guilty of second-degree murder. He was then sentenced to life in prison without the chance of parole for his crime.

In 2003, Christine provided testimony in favor of a bill that was being presented to address domestic abuse before the Judiciary Committee of the Texas House. In addition, for the majority of their 14-year relationship, Shane had shattered her teeth, given her black eyes, slashed her lips, broken her teeth, and fractured her ribs.