The character of Miranda Bailey, played by Chandra Wilson, has had one of the most important narrative arcs from the very first episode of the medical drama series Grey’s Anatomy, which airs on ABC. Bailey, who has worked at Grey Sloan Memorial Hospital first as a general surgery resident and now as the Chief of Surgery, is the person responsible for keeping the hospital running smoothly despite the many challenges it faces. Because of Bailey’s resiliency in the face of challenges and his willingness to do “the right thing,” the hospital is now considered one of the premier medical facilities in the nation.

However, in the final episode of the show’s eighteenth season, Bailey shocks fans of the character and the show by announcing that she is leaving Grey Sloan. Will Bailey be reinstated to her previous position as Chief of Surgery when the twentieth season of the show begins and a new era in the hospital’s history begins to unfold? After almost seventeen and a half years on the show, will Wilson be departing it? Let’s find out! SPOILERS AHEAD. 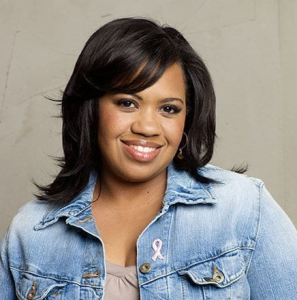 Will Bailey Return to Grey Sloan?

Bailey and Richard Webber form an alliance near the end of the eighteenth season in order to rescue the residency program at Grey Sloan Memorial Hospital. Despite everyone’s best efforts, Jamarah Blake has decided to temporarily suspend the program. Bailey is dumbfounded further by the information that Owen Hunt and Teddy Altman had been utilizing drugs from their hospital to euthanize war veterans in the name of compassionate care. The fact that Meredith Grey has made the decision to move to Minnesota infuriates her even more. Bailey begins to have the realization that she does not have to make the ultimate sacrifice of her life in order for Grey Sloan to continue existing. In the final episode of the eighteenth season, she hands over the key to her office to Meredith and announces her resignation from her position as Chief of Surgery.

However, given that Bailey has spent the all of her life working in the many operating rooms, chambers, and hallways at Grey Sloan, it is quite unlikely that she will ever choose to leave the hospital permanently. It is more likely that her decision to resign was an impulsive response to the increasing pressure that was being placed on her than than a deliberate choice that she made after giving it significant thought. It is likely that a confluence of factors, including Richard’s sabbatical, Owen and Teddy’s misdeeds, Jamarah’s unfavorable judgment, Meredith’s plans to leave the hospital, and the blood scarcity, contributed to Bailey’s desire for a period of rest and relaxation. Even if Bailey still feels the same way, this doesn’t necessarily mean that she has severed all of her links with Grey Sloan for good.

In the first episode of the nineteenth season, Bailey goes back to the hospital as a “visitor” so that she can meet the new patients. It is clear from the fact that she has returned that she is unable to totally detach herself from Grey Sloan, and her homecoming may also be an indication that she is beginning to miss working at the hospital, the reputation of which is in large part due to the sacrifices that she has made. Given that Bailey’s position will also be filled on an interim basis by Meredith, it is safe to infer that nobody at Grey Sloan has come to terms with the fact that Bailey will no longer be working there permanently.

If Meredith and Richard are successful in resolving the issues that led to Bailey’s resignation, such as the termination of the residential program, Owen’s illegal practices, etc., then we have reason to hope that she will return to the hospital in a relatively short amount of time to resume her position as Chief of Surgery.

Absolutely not! Chandra Wilson will not be leaving ‘Grey’s Anatomy’ any time soon, at least not in the near future. A few days before the launch of the nineteenth season, it was announced that Wilson will be participating in the show on a permanent basis as a regular cast member throughout the season. As a result, it is reasonable to assume that the appearance of Bailey in the pilot episode of season 19 will not be the very last time we see her on the show. Wilson has made it very plain throughout the course of the years that she intends to be a part of the series until it comes to a conclusion. According to an interview that Wilson gave to Variety in December 2020, he said, “I always say until the wheels come off, I’ll be there.

There is currently no indication from either Wilson’s side or ABC’s camp that the actress has altered her mind on her decision. “They keep calling me, and I keep turning up, because they keep telling me that we’re doing another one!” Everything is determined by the story, as it always is, but what a great story to be able to tell that I was a starter and a finisher, that’s a very cool story,” Wilson added to Variety. “I would love to see the end of her I would love to see the completion of that arc, not only as a character, but with the show,” Wilson said.

Given the current state of affairs, it is most likely that Bailey’s resignation from Grey Sloan is not an indicator of her claimed departure from the hospital but rather a narrative piece designed to act as the cliffhanger in the season 18 finale. In light of the aforementioned considerations, we are of the opinion that Chandra Wilson will maintain her recurring role on ‘Grey’s Anatomy.’

Also read: Sandra and John Maloney’s Kids Matt, Aaron and Sean: Where Are They Now?

The American medical drama television program Grey’s Anatomy made its midseason debut on ABC on March 27, 2005. The show centers on the lives of surgical interns, residents, and attendings as they advance to more experienced physicians while juggling their personal and professional ties. The phrase “Gray’s Anatomy” is a reference to Henry Gray’s well-known textbook of the same name, which was originally printed in London in 1858. The series’ pilot was created by Shonda Rhimes, who also wrote for it up until 2015. The current showrunner is Krista Vernoff, who previously collaborated with Rhimes. Along with Betsy Beers, Mark Gordon, Krista Vernoff, Rob Corn, Mark Wilding, Allan Heinberg, and Ellen Pompeo, Rhimes served as one of the executive producers. Although the series is set in Seattle, Washington, it was mostly filmed in Vancouver, British Columbia, and Los Angeles, California.

The focus of the show is Dr. Meredith Grey, played by Ellen Pompeo, up until the 18th season, when it adopts a more ensemble structure with Pompeo making only sporadic appearances. Grey originally appears as an intern before rising to the position of chief of general surgery while illustrating the difficulties faced by surgeons. The initial cast had nine well-known actors: Patrick Dempsey, Sandra Oh, Justin Chambers, Chandra Wilson, T. R. Knight, James Pickens Jr., Isaiah Washington, and Pompeo. Throughout the course of the series, there have been significant cast changes. The show had a huge cast of 13 performers at the beginning of the 18th season, three of whom were from the original cast (Pompeo, Wilson, and Pickens).

The longest-running scripted primetime series carried by ABC is Grey’s Anatomy, which is presently airing on the network. Many lengthy series regulars, notably Pompeo, Dempsey, and Oh, were propelled to global fame by its success; they were among the top five highest-paid television actors in 2013. The show still has one of the highest ratings within the 18-49 demographic and is the third drama on all of broadcast television in the United States, despite the fact that its ratings have declined throughout the course of its run (it was formerly among the top 10 series overall in the country). In the 2007–2008 season, the television series had the highest advertising revenue earnings; in 2017, it was rated eighth. Grey’s Anatomy was ABC’s top-rated drama in its 15th season. It was the longest-running American primetime medical drama series as of February 28, 2019. The show got picked up for a 16th and 17th season on May 10, 2019. On September 26, 2019, the 16th season officially began. Due to COVID-19 production delays, the 17th season premiered on November 12, 2020—about two months later than usual. Pompeo, Wilson, and Pickens all agreed to return when the show was renewed for an additional 18 episodes on May 10, 2021. On September 30, 2021, the 18th season officially began. Pompeo agreed to return when the show was picked up for a 19th season in January 2022. In addition to Private Practice, the show also features a second spin-off series called Station 19.

Critics have praised Grey’s Anatomy for a large portion of its run and have put it in their top 10 lists for the year. Due to its longevity and resounding popularity, the program has been referred to by the media as a “juggernaut” or a “phenomenon” on television since its inception. It has won various accolades and gained 38 Primetime Emmy Award nominations, including two for Outstanding Drama Series, and the Golden Globe Award for Best Television Series – Drama. It is regarded as having had a considerable impact on popular culture. Additionally recognized for their respective performances were the cast members.

Are Lucas and Sandri From Too Hot to Handle Brazil Still Together?