Camille Razat is a French model and actress who made her debut in the United States in the Darren Star Netflix miniseries “Emily in Paris.” In the popular series on Netflix, she portrayed the character of Camille.

As soon as she made her debut on the show, viewers immediately began to recognize her name among other well-known faces. Camille plays the part of Gabriel’s girlfriend, who ultimately develops feelings for Emily as the story progresses.

Emily and Camille become friends, but Camille is unaware that Emily is the person her boyfriend is interested in romantically. She is one of the key characters in the show, and the love triangle involving her and Gabriel kept the audience interested.

Although she became more well-known as a result of the show, people have been more interested in learning more about her. The following is some information concerning Razat that you should be aware of. 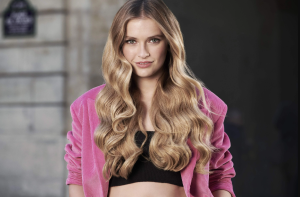 Camille Razat Net Worth In 2022: Her Career Earnings And Assets

Camille Razat, a well-known actress in France, is thought to have a net worth of approximately one million dollars. After beginning his career as a model when he was a youngster, Razat went on to study acting at the Cours Florent Drama School in Paris.

Later on, she was in films and television shows such as “The Disappearance,” “(Girl)friend,” “The 15:17 to Paris,” and “The Accusation,” but her big break came when she was cast in the Netflix series Emily in Paris.

She stated in an interview with Glamour that the show had a significant impact on her life. After the episode, she began to receive invitations to play leading roles in a variety of significant projects.

Camille started as a professional model at the age of 14

Camille Razat made her debut in the modeling industry when she was just 14 years old. In the early stages of her career, a number of casting directors had the opinion that she was too short for the role.

She had been a model for a number of well-known fashion houses over the course of her career, including Balmain, Guy Laroche, Roger Vivier, and others. She claims that modeling is a challenging job, which is what eventually lead her to an acting audition. Her experience supports her claim.

Although a lot of people believe Camille always had aspirations of having a career in acting, the truth is that acting was never Camille’s first choice. She revealed in one of her interviews that she wanted to become a war reporter, which is the complete antithesis of what she is doing now, which is working in the entertainment sector.

In addition to that, when she was still in school, she participated in the contest to become a journalist. But before beginning the class, she went off on her own for a little while to clear her head.

At that point in time, she enrolled in a theater class at the Paris-based drama school known as Cours Florent. Razat began her career as an actress as a direct result of this, and she hasn’t turned back since then.

Camille Razat and her long-term lover, Etienne Baret, recently announced their engagement. According to his Instagram bio, Baret is an accomplished photographer.

It was her on-screen relationship with Lucas Bravo, who played her love interest in Emily in Paris, that brought her to the forefront of everyone’s attention. In the meantime, she is currently engaged to the man she has been seeing in the real world.

The couple announced their engagement to her followers on Instagram back in 2021 after they had already been engaged. She posted a video of herself and Baret making out while their friends showered them with rose petals. The video was very sweet.

2017 was the year that she first shared a photo of herself on Instagram, despite the fact that the actress has not commented on when they began dating. On their various social media accounts, they have posted a number of images of each other and of themselves together.

In addition, the two have collaborated in a professional capacity for a Roger Vivier advertising campaign.

Who Are Camille Razat’s Parents?

Actu Toulouse claims that Camille Razat was born to her parents in the Haute-Garonne region of Toulouse. [Citation needed] The first of March in 1994 was the day that her mother Catherine Cantegrel gave birth to her daughter.

In all of her interviews with the media, she has never once brought up her father. She graduated from Saint-Sernin High School, where she had previously studied.

Razat labels herself a “outsider” in Paris despite having spent her childhood in the south of France. In addition to this, she explains that she can empathize with Emily because she, too, was a tourist in Paris for the first time. 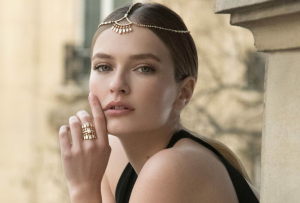 Camille Razat made her debut on television in 2015 with the French miniseries ‘Disparue,’ in which she portrayed the role of Léa Morel. This was Camille Razat’s first appearance on television.

Following that, in the subsequent year, she had an appearance in the French television crime drama series ‘Capitaine Marleau,’ in which she portrayed the part of Salome Delevigne.

In the year 2017, Camille Razat made her debut in the film industry with the release of “Rock’n Roll,” in which she appeared in a cameo role as a night club girl. Her appearance was brief. In the film Ami-Ami, which was released in 2018, she portrayed the part of Julie.

In the year 2020, Camille made her debut in the realm of digital media with the Netflix series titled “Emily in Paris.” In this series, she portrayed the part of Camille, who is the girlfriend of Gabriel, who is Emily’s next-door neighbor (played by Lucas Bravo).

Camille Razat is known to light up every once in a while.

Camille Razat is most known for her acting roles, but she is also a model and is represented by the French modeling agency Premium Models. She has modeled for a variety of well-known brands, including Louis Vuitton, Cartier, French Vanity Fair, Celine, and many others.

Read more: Is A Model Family Based on a True Story?