Brooke Bailey is a social media influencer and the ex-wife of former basketball player Ronnie Holland. She makes her return in the new season of the reality television series Basketball Wives. Here are details about her personal life. 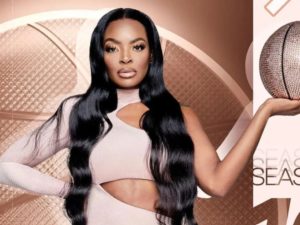 Who Is Brooke Bailey On Basketball Wives?

Television personality Brooke Bailey is most well-known for her role in the second season of the reality television series Basketball Wives LA, which debuted on VH1 in 2012 and ran for a total of 10 episodes. She was formerly married to Ronnie Holland, who is her ex-husband. The new season of the show, which debuted on May 16, 2022, marks her comeback appearance on the program.

In the world of cosmetics and apparel, Brooke is a successful entrepreneur and businesswoman. Her interests lie in these two industries. She is the proprietor of Skin by Brooke Beauty, a business that specializes in the sale of anti-aging skincare products for the beauty industry. Her products can be purchased through the brookebaileyinc.com website that she owns.

At this time, Brooke Bailey has 44 years under her belt. She was born in the state of California on July 13th, 1977. At the time of her first appearance on Basketball Wives LA in 2012, she was already 35 years old and dating a basketball player named Vernon Macklin.

The relationship between the two ended, and soon after, Brooke was linked romantically to another professional basketball player named Ronnie Holland. The couple tied the knot in a publicized event in the year 2014. According to Brooke’s Instagram account, the marriage between the two did not endure very long after it was finalized in 2016, despite the fact that the couple had already exchanged their vows.

In addition to this, the rapper Ice Cube and Brooke appeared alongside each other on the cover of Low Rider magazine. In addition, Snoop Dogg featured beside her in a commercial that she did. Additionally, she was highlighted in a number of other publications, one of which was Gorgeous Magazine.

The children that Brooke Bailey has brought into the world are two sons and a daughter. On her Instagram account, she frequently posts photos of her children.

Kayla Bailey, who was born in 1996 and is the daughter of Brooke, is a model with 4,400 followers on her Instagram account. Sumecio, the older of her two sons, was born in 1998 and has 5,600 followers on Instagram. In 2004, her youngest son joined the world. It is not known who the children’s biological father is.

The Instagram account that the 44-year-old uses is @brookebaileyinc. She has 533,000 people following her. On Basketball Wives 2022, which airs on VH1, you can catch Brooke.

Who Is UC Davis Water Polo Coach Daniel Noble And Why Is He Arrested?

What is Lymphedema? Fans concerned as Wendy Williams reveals she can feel only ‘5 percent of her feet’ in worrisome TMZ interview

Who Is Jessica Pegula Husband Taylor Gahagen? See Their Wedding Pictures On Instagram

Who Is Melvin Williams From Atlanta? Suspect Arrested After Shooting Of Subway Employee

Who Is Mark Tritton Wife? Net Worth And Salary At Bed Bath Beyond

What Was Darrell Freeman Death Cause? Net Worth 2022 And Career Earnings