In Poway, both Bobby Lee and his brother Steve Lee spent their formative years. Both Bobby and Steve are in the acting business.

Bobby Lee is a comedian, YouTuber, actor, and podcaster from the United States. He is most known for his work as a regular cast member on the comedy series “MADtv” from the years 2001 to 2009.

Bobby was so determined to perform for a local comedy store that he volunteered to play at one of their amateur nights. At the time, he had no idea that this would be the beginning of a long and successful career. From that point on, Bobby’s wealth skyrocketed. Bobby is frequently mentioned in conversations on the funniest comedians, the performances that stick out the most, and the finest comedians.

He is a co-host on “Tigerbelly,” one of the most well-known podcasts available on the internet, along with his exe-partner Khalyla Kuhn. In addition to that, Bobby is one of the hosts of the popular podcast “Bad Friends.” As a consequence of this, Bobby Lee enjoys a massive amount of popularity inside the podcasting industry.

It is commonly known that he gets along famously with his younger brother, Steve Lee, who is a Korean-American musician, composer, and YouTube podcaster. He is also well known for his efforts in the podcasting sector. 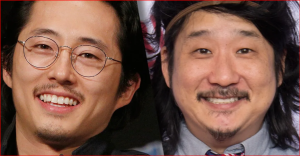 Bobby Lee and Brother Steve Lee Have a Heartwarming Chemistry

Bobby’s birthday is September 17, 1971, and Steve’s birthday is August 25, 1974; Bobby’s younger brother Steve is only three years younger than Bobby.

While the Lee brothers were developing as toddlers in Poway, California, they fostered a brotherly relationship that has kept them connected ever since they were young children.

Their parents, Robert and Jeanie, owned and operated multiple clothing stores in the cities of Escondido and Encinitas in the state of California. Despite the fact that their sons pursued careers in completely other industries, their parents had always hoped that they would carry on the family business.

On the other hand, Bobby had a hard time convincing his parents to let him participate in the entertainment industry for the sake of his own enjoyment. In violation of the decision that they had made, his parents severed all communication with him for a considerable amount of time.

In the meantime, Bobby was able to achieve great success in his work because he never stopped believing in himself. After Lee’s appearance on “The Tonight Show with Jay Leno,” Robert called him up and apologised for not being able to assist him in developing his stand-up comedy career.

In addition, Steve Lee began his career alongside his brother Bobby Lee on the sketch comedy show “Mad TV.” He is currently the owner as well as the host of the podcast known as “The Steebee Weebee Show,” which both support one another.

What Happened Between Bobby Lee And His Brother Steve Lee?

Both Bobby and Steve have endured a great deal in order to arrive at this point in their careers.

Fans have recently been speculating that something dreadful is happening between the Lee brothers, and they are right to be concerned. Reddit users who are fans of the band “Tigerbelly” examined the issue and came to the conclusion that one of the warning signs that something is amiss is the fact that the band hasn’t mentioned Steebee in a very long time.

Steevee would generally be brought up in conversations about “Tigerbelly” virtually every time an episode would show due to the fact that the brothers get along so well with one another.

It’s nothing more than a hunch at this point, and neither of the brothers has discussed the matter publicly up to this point. Instead, on the 18th of September, brother Steve Lee wished his older brother a happy birthday by uploading an old photo of the two of them when they were children. The shot was taken while they were together as children.

If we don’t have any evidence to back up our claims, it wouldn’t be proper for us to divulge anything. 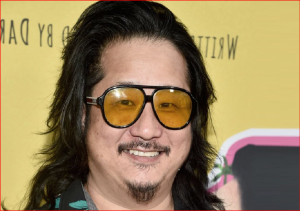 Robert Lee Jr. is a stand-up comedian, actor, and podcaster from the United States of America.

Robert Lee Jr. is a stand-up comedian, actor, and podcaster from the United States of America. He was born on September 17, 1971. Lee was a cast member on MADtv from 2001 until 2009, and between 2018 and 2019, he appeared in the ABC single-camera sitcom series Splitting Up Together opposite Jenna Fischer and Oliver Hudson. Lee is also known for their roles in the movies Harold & Kumar. White Castle (2004), Pineapple Express (2008), and The Dictator are three films that you should see (2012). Recent appearances include one on FX and Hulu’s comedy series Reservation Dogs, where he played the role of Dr. Kang, a jaded and disillusioned physician.

Jeanie and Robert Lee, both of whom immigrated to the United States from Korea, were the parents of Lee, who was born on September 17, 1971. Poway, California was where he and his younger brother Steve spent their childhood. Both in Escondido and Encinitas, California, his parents ran successful clothing companies during his childhood.

Painted Rock Elementary School, Twin Peaks Middle School, and Poway High School were Lee’s educational institutions of choice. He was a member of the breakdancing team when he was in high school. At the age of 18, Lee moved out of his parents’ home and began working in the San Diego area, primarily at restaurants and coffee shops. At the same time, he enrolled in Palomar College, but he did not complete his studies there.

Also read: Slumberland Actress Marlow Barkley Has A Sister and Family Who Cheer Her On Through Life

Before he decided to pursue a career in comedy, Lee tried his hand at a number of different occupations in cafes and restaurants. It was 1994 when he was suddenly laid off from the coffee shop where he had been working. He remarked, “I just went next door to get a job, which was at The Comedy Store in San Diego.” “The Comedy Store in San Diego” (also known as the La Jolla Comedy Store). He had been working various jobs at the club for a few months before he made the decision to give stand-up comedy a shot during one of their amateur nights. After only a year of regularly performing stand-up comedy, he was approached with the opportunity to open for both Pauly Shore and Carlos Mencia. After that, Lee became a frequent performer at The Comedy Store in Los Angeles, which was a comedy club operated by Mitzi Shore, Pauly Shore’s mother.

Lee has stated that his parents had hoped he would carry on with the family business and that they were initially less supportive of his humorous endeavours. In a podcast interview that took place on February 1, 2011, and was led by fellow actor and comedian Joe Rogan, Lee stated that during the first few years that he did stand-up, his parents barely spoke to him. However, after his appearance on The Tonight Show with Jay Leno, his father called him and asked how much he had to pay to be on the show, and then apologised for not supporting his comedy career. Lee made this statement.

His younger brother has had multiple non-speaking roles on MADtv, and Lee’s whole family has been in a skit on the show together. Lee has involved his family in some of his work, and they have all been in one of his sketches. In addition, in 2007, Lee presented Comedy Central with an idea for a comedy he had written about a Korean family that would star his own family.

In 2013, Lee presided over the ninth annual MusiCares MAP Fund Benefit Concert.In the year 2020, Lee and Andrew Santino launched their podcast together under the title Bad Friends. 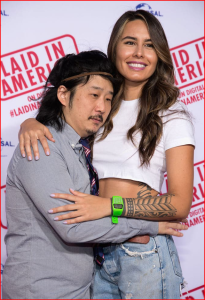 Bobby Lee is married to Khalyla Kuhn, a biochemist whom she met on Tinder in 2013. The couple got married in August of 2016, and Bobby Lee is currently living in California. Since being married, there have been no rumours of the pair splitting up and there have been no reports of problems in their relationship.
It was revealed to the public on the show titled “The Fighter and The Kid” that Bobby Lee had been the victim of sexual abuse at the hands of a person with Down syndrome when he was just 9 years old. 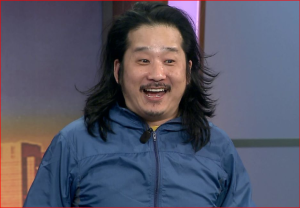 Robert Young Lee Jr., better known by his stage name Bobby Lee, is a stand-up comedian, actor, and podcaster from in the United States. Bobby Lee’s net worth is estimated to be $1.5 million as of the year 2022. Bobby Lee amassed the majority of his wealth through performing stand-up comedy in a variety of countries, including the United States, Australia, and Europe.

Within the past two years and a half, Bobby Lee has made up to $200,000 each day just through stand-up comedy and draws in excess of one thousand people for each of his appearances. Through his work as a stand-up comedian and satirist, Bobby Lee has amassed profits of more than $4 million.

As a comedian, Reality TV personality, and writer, Bobby Lee has amassed earnings greater than $5 million throughout the course of his career. In addition to that, he currently co-hosts a podcast with his ex-partner Khun under the name “Tiger Belly.”

During the early 1990s, Lee’s participation in the sketch comedy show “MadTV” was a major factor in his rise to fame on a global scale. Both his commercial success and his general notoriety have increased since he first appeared in films and television shows such as “Ktown Cowboys,” “Keeping Up with the Joneses,” and “Nailed It.” 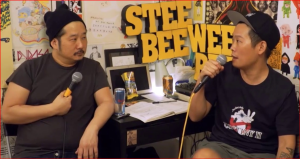 On August 25th, 1977, Bobby’s younger brother Steve Lee was brought into the world. The issue of substance abuse was something that confronted Steve as well, just like it did his brother. After making several appearances in “MADtv” as a result of Bobby’s influence, Steve eventually became well-known and joined David Chloe’s podcast titled “DVDASA – Double Vag Double Anal Sensitive Artist.” When it comes to the subject of Steve’s professional life, he holds Bobby in the highest regard. Over the course of the subsequent few years, he shared the stage with a wide variety of musicians, including Eddie Kim, Asa Akira, Money Mark, Die Antwoord, Dylan Fujioka, and many others. In the end, he was successful in producing his very own podcast, which he called “The Steebee Weebee Show.”

The Net Worth of Bobby Lee is $1 Million.

The birthplace of Bobby Lee is South Korea

The marital status of Bobby Lee is

Read more: Wednesday Addams& Family Evidently Has A Lot Of Witches, But Is She Really One?