Scenes from the film All the Old Knives are set in a bistro called Vin De Vie. The movie is set in Carmel-by-the-Sea, California. Is the restaurant based on a real-life establishment? Let’s have a look at whether or not the location is real. 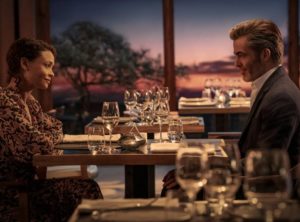 Janus Metz Pedersen directed the American thriller All the Old Knives. Olen Steinhauer wrote the script as well as the novel of the same name, which the film is based on.

The film’s cinematography features some breathtaking places. The majority of the film takes place in Carmel-by-the-Sea, California, although the focus is on a CIA station in Vienna, Austria.

Here are some information regarding the film’s setting, including whether the locales are real or made-up.

Is The Restaurant In All The Old Knives Real Place?

All the Old Knives’ Restaurant is a real establishment. The restaurant in the film is Vin De Vie, which is located in Carmel-by-the-Sea, California. Henry and Celia meet in a restaurant to discuss the plane hijacking. Former lovers are pictured holding bottles of the best wines from Sonoma County.

Vin De Vie, which is encased by glass walls and has spectacular ocean views, is said to be located on the Carmel shoreline. However, the restaurant’s real filming site is not Vin De Vie in Carmel. In actuality, the restaurant was constructed on an English soundstage.

The restaurant is designed with an LED background to create views of the beach and matched with the tone and weather in Carmel due to the coronavirus epidemic and subsequent lockdown during the filming of the movie.

The majority of the film was shot in the state of California. From San Simeon to Carmel, the Big Sur is a section of shoreline. The majority of the sequences involving the two characters, Henry and Celia, were shot in Carmel-by-the-Sea. In the film, Celia has retired to the Carmel.

The film’s central setting is a CIA facility in Vienna. In truth, the CIA station was filmed in London, the United Kingdom. The British Museum and Bankside, two well-known English settings, were converted into Vienna. Ewer Street and the Borough Market in London were also employed as filming sites.

The Bixby Creek Bridge, which debuted in 1932 and is one of the most photographed in the United States, is also included in the film.

More About The Movie

All the Old Knives is an American film about the investigation into the 2012 hijacking of Turkish Airlines Flight 127. On April 8, 2022, it was released. Chris Pine, Thandiwe Newton, Laurence Fishburne, David Dawson, and Jonathan Pryce are among the cast members.

From December 2020 to February 2021, the film was shot in London before moving to California in March. It was distributed in restricted theaters and on Amazon Prime Video, a streaming service.

The review aggregate Rotten Tomatoes and Metacritic both gave the film good ratings.

Also Read: Who Is Joey Taranto From Bros – Wiki, Age And Net Worth

Early in 2020, Henry Pelham’s boss, Vick Wallinger, tells him that the CIA has reopened the case of Turkish Alliance 127, which was a terrorist hijacking in 2012 that ended in tragedy. Headquarters thinks there was a leak at the Vienna station, where Henry and Vick work. Henry is told to talk to Celia Harrison, who also worked at the Vienna station when the plane was taken over. Henry was in love with Celia, but she broke up with him soon after the event.

Celia lives with her family in Carmel-by-the-Sea, California. She is now retired and no longer works. Henry meets her at a fancy restaurant that is almost empty of both customers and staff. As Henry and Celia talk, she tells him that a man named Karl Stein, who worked for the Austrian intelligence service, approached her soon after she moved to Carmel. He wanted her to say bad things about her coworkers, but she wouldn’t do it. Henry has Celia tell him what happened when the ship was taken over. 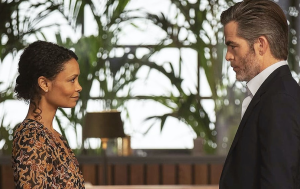 All The Old Knives

In a flashback to 2012, Flight 127 is on the runway when four armed terrorists from an Islamic terrorist group take over the plane. The Vienna station moves quickly to deal with the situation and finds out that Ilyas Shushani, a Chechen who used to work for Henry as an informant, may have something to do with it. The hijackers say they will kill the passengers if they can’t get a few of their friends out of jail. Ahmed, a CIA courier who was on the plane, calls the CIA and suggests attacking through the plane’s wheels. Celia meets Mohammed, who might be a source, but the meeting doesn’t seem to lead to anything useful. Henry tells Celia and Bill Compton that when he worked in Moscow, his bosses forced him to tell the Russian government about Ilyas to make them happy after a terrorist attack.

Ahmed sends another message to the Vienna station saying that the terrorists have put a camera on the plane’s undercarriage and that the attack should be stopped. Celia notices that Ahmed’s messages are written in different ways and fears that he has been tricked. She looks at the phone logs at the station and sees that Bill’s office phone made a call to Iran. Ahmed is then shot and thrown out of the plane. The next day, both Henry and Vienna are gone.

In the present, Henry asks her why she broke up with him so quickly. Celia says that she saw an Iranian number call Henry’s cell phone, which was the same number she found in the phone logs at the station. It turns out that when the terrorists’ demands weren’t met, they let out sarin gas, which killed them, the crew, and everyone else on the plane. The news is terrible for the Vienna station. When she found out that Henry was the leak, she broke up with him but didn’t tell the CIA.

She also says that Henry asked her to set up this meeting, so she called Karl Stein. Karl Stein set up the meeting place, the staff, and fake customers so that Henry’s wine would kill him.

As the poison starts to kill Henry, Celia asks him in tears why he turned everyone over to the terrorists. He says that Ilyas, who had become radicalized and planned the hijacking, tricked him into meeting with him. The meeting between Mohammed and Celia was set up by Ilyas’s people to make it look like Celia’s life was in danger. This made Henry feel like he had to tell her that Ahmed was on the plane and that there was a plan to attack the plane’s undercarriage in exchange for her life.

Henry comes to terms with the fact that he is going to die soon, and Celia goes back to her husband and kids. Karl calls Vick to tell him that Henry has died, and it turns out that the two of them had been working together the whole time.

In May 2017, the movie was announced, and Chris Pine and Michelle Williams were in talks to star. The plan was for James Marsh to direct, and The Mark Gordon Company and Entertainment One were going to pay for it.

Williams, Marsh, and The Mark Gordon Company stopped working on the movie in September 2020. Thandiwe Newton was hired to replace Williams, and Janus Metz was hired to direct. Jonathan Pryce and Laurence Fishburne joined the cast in November 2020.

The music for the movie was written by Jon Ekstrand and Rebekka Karijord.

On April 8, 2022, the movie came out in a few theaters and as a stream on Amazon Prime Video.

Based on 118 reviews, Rotten Tomatoes found that 64% of people liked the movie, and the average rating was 6/10. “All the Old Knives suffers compared to the dialogue-driven spy thrillers of the past, but the chemistry between its stars simmers even when the story doesn’t,” says the website’s critics’ consensus. Based on reviews from 32 critics, Metacritic gave the movie a weighted average score of 62 out of 100, which means “generally positive reviews.” 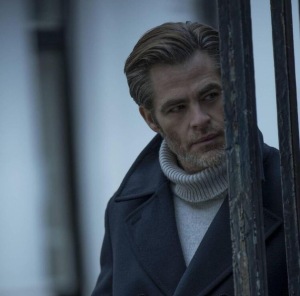 All The Old Knives

In “All the Old Knives” by Janus Metz, two people who used to be together get back together after being apart for eight years. They spend the afternoon and evening in a fancy restaurant talking about the time they spent together in Vienna. Before you think that the resulting movie will be a mix of “My Dinner with Andre” and “Before Sunrise,” you should know that the events in question happened when both men worked for the CIA, and there’s a good chance that one of them was a mole whose actions killed a lot of people. I guess it’s an interesting idea for a movie, but it turns out to be mostly set-up with very little action. Even though the two leads do a good job, the whole thing just doesn’t work.

Eight years ago, a plane was taken over in Vienna. Agents Henry Pelham (Chris Pine) and Celia Harrison (Thandiwe Newton) and their bosses Vick Wallinger (Laurence Fishburne) and Bill Compton (Jonathan Pryce) looked into every possible lead to try to stop the hijacking before anyone got hurt. This didn’t work, and all 120 people on board, including terrorists and hostages, died. Now, new information suggests that there may have been a “mole” in the office who gave information to the terrorists in secret. Henry is supposed to talk to the group members who are still alive—one of them mysteriously killed himself a few months after the incident—to try to figure out who did it.

Which brings the two ex-lovers back together in a fancy restaurant in Carmel-by-the-Sea. They haven’t seen each other since Celia left after the tragedy, and after the usual small talk and maybe a little low-key flirting, they talk about what happened eight years ago. The movie then shows two different sets of events happening at the same time. It cuts between Henry and Celia’s current conversation and long flashbacks that show what they were doing during the crisis. Soon, it becomes clear that at least one of them knows more about what happened than they are letting on, and that the delicious feast they have been eating will probably be the last meal for at least one of them.

“All the Old Knives,” which is based on a book by Olen Steinhauer and whose screenplay he also wrote, is more like John le Carré’s intellectual and realistic spy stories than James Bond’s comic book fantasies (underscored perhaps a bit too bluntly at one point where Henry attempts to order a vodka martini and is rebuffed). Early scenes of setting up the story are pretty interesting, but at some point, things just stop working. One big problem is that the flashback structure never quite works. Every time the story jumps back and forth in time, any dramatic tension is lost. Another problem is that the big mystery in the middle turns out to be nothing special. At a certain point, it becomes pretty clear what the answer is, and when everything is finally revealed, the answer and explanation are kind of a letdown.