The events that took place in a courtroom in Nagpur, Maharashtra, India, in the month of August 2004, were the culmination of more than a decade’s worth of crimes that went unpunished. The lynching of Bharat Kalicharan, also known as Akku Yadav, by a gang that was primarily comprised of women and children is the subject of the documentary series titled “Indian Predator: Murder in a Courtroom,” which is available on Netflix in three parts. The episode investigates the alleged crimes committed by Akku, as well as the events that led to his lynching. Therefore, if you are curious about the same thing, don’t worry; we’ve got you covered. 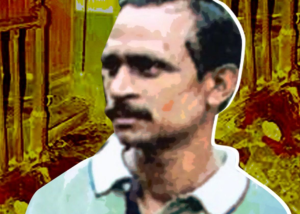 Who Was Akku Yadav?

Akku Yadav was born into a huge farming family some time around 1971. His family raised cattle. According to the show, he immediately turned to a life of crime at a young age, following in the footsteps of his older brother. Lallu, who had a job in railways, was also involved in criminal activity. At first, Akku committed burglaries and stole various items from people’s homes. However, what transpired over the subsequent decade and a half is incomprehensible. Despite this, the people who live in Kasturba Nagar in Nagpur claim that the police did very little to stop him.

The majority of the people that lived in Kasturba Nagar were Dalits, who are considered to be a “untouchable” caste in Indian society. It was said that Akku terrorised the local population and was responsible for several rapes and killings. In one alleged incident, he and his cohorts were responsible for the sexual assault of a female victim. However, when she reported the incident to the authorities, it was said that the officers involved also sexually attacked her. It was alleged that another lady was raped ten days before she gave birth, and that woman later burned herself to death in order to end her life.

The residents of the area also claimed that Akku and his gang were responsible for raping a pregnant woman who was seven months along in the middle of the road. They also said that he had a man strip down in front of his little daughter and dance for him at one point. In addition to the allegations of rape, Akku was suspected of the murder of at least three other persons, including the mutilation of a lady in front of her child. However, despite the fact that Akku was arrested many than once, he was released shortly after each time because he bribed the police officers and offered them beer, which caused them to let him go.

The locals shared stories about how Akku maintained his power over the male population by forcing women to submit to sexual assaults. Even when the survivors went to the police to file a complaint, the other women would accuse them of having an affair with Akku or say things to them like, “You’re a loose woman. This is the reason why he raped you. After that, on an unspecified day in 2004, Akku attacked the neighbours of the Narayane family who resided next door. Even though she had been told not to, Usha Narayane, who was one of the few educated people in the neighbourhood, went to the police.

As a direct consequence of this, Akku and his group surrounded her house, and he made lewd threats about her, saying that he would rape and kill her. But then she pulled out a gas cylinder and threatened to take everyone with her that day if they didn’t leave immediately. This served as a catalyst for the rest of the people, who eventually rose up in rebellion against Akku. As a direct consequence of this, he fled the region and on August 7, 2004, voluntarily presented himself to the authorities for protection. A few days later, the townspeople were informed that Akku will be released from jail since an appearance before the bail court was scheduled for August 13, 2004.

Why Was Akku Yadav Murdered?

On that particular day, there were many hundred women who went to the courts and saw Akku there. It is said that when he walked past a woman whom he had raped in the past, he began to call her names and threaten to rape her again, all while the police did nothing but laugh at him. After becoming enraged, the woman began hitting him with her slipper, which eventually led to a large group of women assaulting Akku.

As Akku and the other cops ran away, the women poured chilli powder in their faces and in the faces of the police officers. The mob repeatedly stabbed Akku with vegetable knives, and one of them severed his penis. Akku died as a result of his injuries. He yelled out, “Please forgive me!” As he was being lynched, he yelled, “I won’t do it again!” The victim, who was 32 years old and had been stabbed more than 70 times, died as the mob ran from the site. The incident was considered as the culmination of the people’s discontent with years of inaction by the police, who frequently didn’t take complaints seriously and were said to be siding with Akku. The people believed that the attack was an act of revenge for the police’s inaction.

Despite the fact that five ladies were detained, bail was immediately given to them after the protests. A leader of a labour union named V Chandra stated that the lynching would serve as a reminder that the court system was functional, and he also defended the justification of the death. After a number of setbacks, the case was finally resolved in November 2014 with all 21 defendants being found not guilty of the murder. The judge stated that the testimony of eyewitnesses could not be trusted, and there was no hard evidence to suggest that the individuals who were accused were guilty for the murder.