Born in Mumbai in 2003, Advait Thakur is one of the youngest computer programmers and a teenager who has found success in the internet business world. He started Apex Infosys India and currently serves as its Chief Executive Officer.

Advait Thakur began using computers when he was six years old, created his first website when he was nine years old, and has been working with Google’s Artificial Intelligence and Natural Language Processing APIs for the past few years. Professional in Google Adwords, Analytics, Digital Sales, and Mobile Sites, Thakur has earned the Google Certification. He holds the record for being the youngest person to earn the HubSpot Inbound Certification and is also a Microsoft Bing Accredited Professional.

When compared to other children his age, Advait Thakur is in a class all by himself. Apex Infosys India, a technology firm that is currently an Accredited Domain Name Registrar and an organisation that provides Website-Hosting Services, was created by him when he was just twelve years old. In 2017, at the age of fourteen, he developed an app called “Technology Quiz” with the goal of assisting children in learning about science and technology. Actions On Google accepted his app after first rejecting it five times. An accomplishment for a child who enjoys coding but who has taught themselves most of what they know about it. Since he was eleven years old, Advait has worked as a computer programmer. Today, he is one of the youngest business owners and web developers in the world.

Dr. Ravindra Thakur, a former engineer who is now a businessman, and Dr. Chetana Patil, a visiting faculty member at the University of Mumbai, are Advait’s parents. Advait is their son. Since he was a young boy, he has always had a deep interest in Scientific Research and Technical Development. When Thakur was in middle school, he started working with computers and building software and websites. His father was able to teach him the fundamentals of computers, and later on, Advait began teaching himself to code by following internet courses found on blogs and forums. 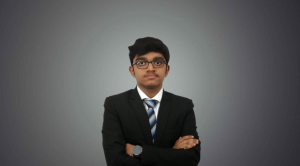 Advait launched Apex Infosys India in February of 2015, and he is still serving as both the company’s Founder and Chief Executive Officer at the present time. 2015 saw the commencement of Advait’s venture, which would later become known as Apex Business Solutions Digital Agency. Since March of 2018, he has been a part of the organisation that is responsible for inbound marketing certification for HubSpot. As a developer, Advait has been actively involved with the Google Developers – Google Assistant Developer Community ever since the month of October 2017. Advait has also been able to keep his certification as a Google Adwords Certified Professional since it was awarded to him in January of 2018. Advait joined the IBM DeveloperWorks team in the United States at the beginning of March 2017, and has been a member of that team ever since. He became a YouTube Partner in May of 2013, and from 2015 to 2016, he worked as a Senior Web Developer for the website freelancer.com. He has been a YouTube Partner since that month. Since March 2014, Advait has been actively associated with XDA Developers in the capacity of Senior Member for about two years now. This involvement began.

Also read: Who Is FedEx CEO Donald Don& Colleran? All That We Know About The Business Tycoon

Apex Infosys India was initially founded by Advait. On October 10, 2015, when he was working in his office. It’s possible that Mark Zuckerberg was an early source of inspiration for Apex, seeing as how he considers himself to be the company’s inspiration.

Since it was first established in the year 2015, Apex Infosys India has worked hard and come a long way toward the goal of developing a distinct identity for itself in this Age of the Internet. In addition to being a company that offers website hosting services, we are also an organisation that is accredited to register domain names. Our customers receive the highest possible level of service from the servers that we house in Tier IV datacenters located all over the world. Multiple levels of network security are implemented throughout each and every one of our data centres. As a company, Apex Infosys India is committed to achieving the highest levels of success in all of our endeavours, and the fact that we were selected as the winner of the award for Best Reseller Host in India is a testament to this core philosophy. When Advait was first established in 2015, Apex Infosys consisted of only a single subsidiary, which was called Apex Business Solutions. However, as of today, the business has associated with numerous other market-leading organisations such as ResellerClub, Endurance International, and a great many others amongst others.

Apex Business Solutions Digital Agency is a leading IT and digital marketing agency in India. They offer one-of-a-kind digital solutions to help businesses achieve maximum visibility online, which in turn helps businesses increase their revenue streams. Apex Business Solutions is a stand-alone entity in the realm of digital technology. It was founded by Advait Thakur with a singular, overarching goal in mind: to be the digital service provider of choice for both individuals and businesses in order to meet their respective digital needs.

Apex Business Solutions offers a wide range of services, all of which are vital to the expansion of your company or organisation. These services begin with fundamental web marketing and continue on to marketing communications and social media marketing. 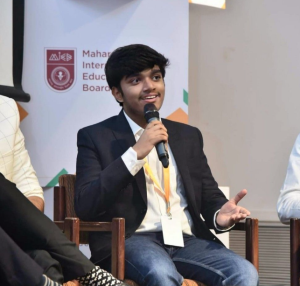 Advait Thakur as a Software Developer

During his time as a student, Advait held a position at a non-profit, non-governmental organisation (NGO). By donating his time to provide free digital marketing services, he was able to aid the group in growing their audience through the utilisation of various internet channels. Even though he was still a child at the time, he made his first $400 when he was working. At the age of fourteen, Advait developed an application for The Google Assistant that was referred to as “Technology Quiz.” Children will find that using this app to increase their understanding of technology and science is very beneficial to them. Because of his leadership on the project, the Google team decided to honour him by inviting him to join the Google Developers Community and paying him a total of $2,400 (or $200 per month) as a token of their appreciation. This demonstrates to be an excellent accomplishment for a child who is only fourteen years old, has a great deal of love for coding, and has primarily taught themselves how to do it on their own without the assistance of anybody else.

In addition, Advait is the developer responsible for the “Austin Awareness” application that is available for Google Assistant. Because of this, people are able to gain a better understanding of autism, as well as the difficulties that are connected to it and the symptoms that it manifests. In addition to this, he is currently working on a product that is mostly based on the Internet of Things (IOT) and is intended to deliver solutions to the most challenging problems. Advait also built a personal assistant with the use of Google’s Open Source GRPC API in order to control Internet of Things devices by utilising voice commands. This was done with the intention of improving user experience.

As a member of a family with a long history of business ownership, Advait Thakur made the conscious decision in 2015 to create Apex Business Solutions Digital Agency in order to capitalise on his prior expertise working in the digital sector. Advait is the youngest certified professional in the history of Google, HubSpot, and Microsoft, respectively. He holds the record for all three companies. Advait has always been of the opinion that the ideal approach to start a company is to make sure that it is staffed with the most qualified personnel, that it is supported by the most sophisticated technologies, and that its employees are given the opportunity to display their full potential. Followers of the philosophical school known as Advait believe that one can be successful in anything that is attempted.