“The Playlist” is a Swedish docudrama series that was produced by Netflix and is based on the book “Spotify Untold” written by Sven Carlsson and Jonas Leijonhufvud. The series tells a fictionalized version of the story of how one of the most successful music streaming companies in the world, Spotify, got its start. It follows an ambitious tech entrepreneur by the name of Daniel Ek and his business partner by the name of Martin Lorentzon as they work together to revolutionize the music industry by introducing a free yet legal music streaming service called Spotify. Throughout the series, they face a number of obstacles in their pursuit of this goal.

The series was created by Luke Franklin, and it delves into a wide variety of current issues connected to the realm of entrepreneurship. These issues include the difficulties that come with the field, as well as the labor that is done behind the scenes. The following is a selection of programs that we think you’ll enjoy if you like watching shows about the beginning of enterprises or that provide a realistic depiction of the workplace. If this seems like something that interests you, have a look at the recommendations we’ve provided. The majority of these shows, including “The Playlist,” are available to watch on streaming services such as Netflix, Hulu, and Amazon Prime. 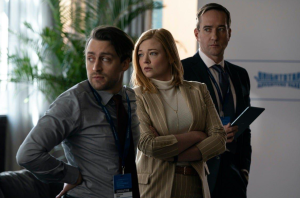 HBO’s ‘Succession’ is a dark comedy-drama series that revolves around the Roy family, the owners of the biggest media and entertainment corporation in the world known as Waystar RoyCo. The series was created by Jesse Armstrong. When Logan Roy unexpectedly resigns from his position with the company due to concerns about his health, things take an unforeseen turn for the worst. As a direct consequence of this, the dysfunctional owners of the corporation engage in a power struggle for control of the organization. The portrayal of a workplace and the office politics that are common in business are what make “Succession” similar to “The Playlist,” despite the fact that “Succession” is about a corporation that has already achieved success. 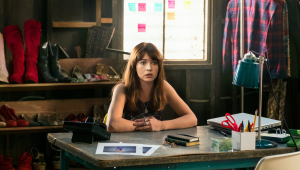 The comedy series ‘Girlboss’ on Netflix was developed by Kay Cannon and is based on the autobiographical book titled ‘#Girlboss’ that was published in 2014 by Sophia Amoruso. Like ‘The Playlist,’ ‘Girlboss’ chronicles the tale of how a firm got its start. The story is centered on the protagonist, Sophia Amoruso, a social outcast who eventually finds her calling in the fashion industry. Through sheer effort, she realizes her dream of being a successful businesswoman and rises her way up the corporate ladder. Both “Girlboss” and “The Playlist” tell the story of two improbable businesses that achieve success in spite of all of the obstacles that the founders of those businesses must overcome. 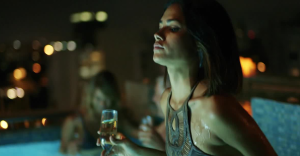 The crime drama series ‘StartUp,’ which is shown on Crackle and was developed by Ben Ketai, centers on the launch of GenCoin, a technological concept that is built on digital currency. Despite the fact that it is brilliant, GenCoin is at the center of a number of difficulties since it has fallen into the wrong hands, those hands belonging to three individuals who are not IT entrepreneurs. The criticisms and difficulties that are depicted in ‘GenCoin’ are somewhat comparable to those that Daniel Ek and his team face in ‘The Playlist.’

HBO’s comedy series ‘Silicon Valley’ is a satire of the culture of the technology industry that is prevalent in the area known as Silicon Valley. The show was created by the team consisting of Mike Judge, John Altschuler, and Dave Krinsky. A young and promising computer programmer by the name of Richard Hendricks serves as the protagonist of this story. He endeavors to create his own business under the moniker Pied Piper. Aside from the comic features, ‘Silicon Valley’ is very similar to ‘The Playlist’ in that it depicts the problems that entrepreneurs have while dealing with higher authorities and their competition. 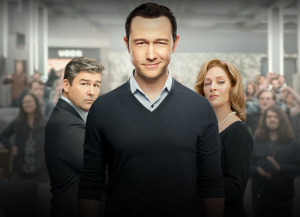 Showtime’s “Super Pumped: The Battle for Uber” is a biographical drama series that was created by Brian Koppelman and David Levien. The series is based on the 2019 book of the same name written by Mike Isaac. The narrative takes place from the point of view of Travis Kalanick, the CEO of Uber, and dramatizes the beginning of the world’s most successful ride-hailing firm from his perspective. The series also depicts Travis’ collapse as he is fired from his own firm, in addition to tracing the origins of Uber and how it came to be. The audience are given a peek of the startup culture and the tech culture in ‘Super Pumped: The Battle for Uber,’ just as they were shown in ‘The Playlist.’ 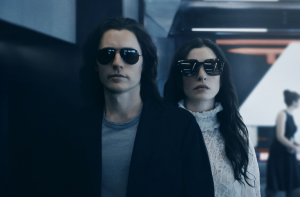 Based on the podcast ‘WeCrashed: The Rise and Fall of WeWork’ by Wondery, Apple TV+’s ‘WeCrashed‘ is a biographical drama series that follows Adam and Rebekah Neumann, a narcissistic married couple who become the parents of a coworking space firm named WeWork. In spite of the fact that it was one of the most valuable businesses in the world, WeWork went bankrupt after some financial secrets were revealed. Both “WeCrashed” and “The Playlist” are based on real-life startups, and the founders of both firms struggle with their fair share of hardships. This is what connects the two shows and makes them similar to one another. 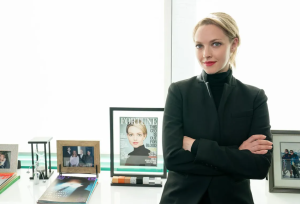 Hulu’s ‘The Dropout’ is yet another biographical drama series created by Elizabeth Meriwether. It is based on the podcast of the same name that is produced by ABC News and presented by Rebecca Jarvis. The story centers on the protagonist, Elizabeth Holmes, and her efforts to make a splash in the medical field shortly after she leaves college. She launches a new business venture under the name Theranos, but her unethical practices in the marketplace are eventually brought to light. The plot of ‘The Dropout,’ much like that of ‘The Playlist,’ centers on the various approaches that an individual and her team take in order to launch a prosperous business.